My ex gives me better vibes 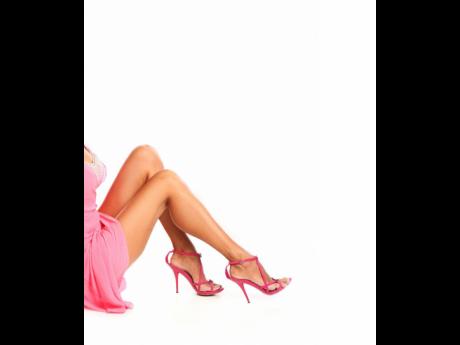 I think I deserve this particular treatment I am getting. I used to cheat on my child's father with my ex. The truth is, I love both of them, but I only cheated on my baby's father when I thought he cheated on me.

I regret cheating. He searched my phone and he texted my ex pretending to be me. He got information but I still cheated on him even when he found out what was going on. Each time I cheated, he found out about a month later. I became pregnant in December and decided to stop cheating but my child's father found out in January that I had also cheated in October and that was on my birthday. After that, he said that he was going to punish me. He told me to call my ex and play with his feelings so that my ex would look stupid. He said that I should tell him to send me some money, agree to meet with him at a certain place, but then not show up. I refused to do so. Sometimes he wants me to disrespect my ex, but I refuse.

My child's father says that all he wants from me is sex and says that he will not help me during the pregnancy until the baby is born. I have no money. I have used up all my savings. I am not working because I am pregnant. Whenever I ask him for money, he says I should ask my ex. He is always bringing up the past and accusing me of constantly cheating. I cry and beg him to treat me better and he says he never cried when I cheated on him. He said he only wants to see me when he wants sex. I am desperate so I give in and have sex with him. But after sex, he plays music and takes me home. People ridiculed him and I didn't defend him so he doesn't care how I feel.

My ex gives me better vibes. I can go through his phone any time. He is open and honest. But my baby's father will never give me his phone. I hurt him and now he seems heartless. He says I am fortunate to be pregnant otherwise he would have hurt me physically. He says he only wants sex once per month and he will not give me any money. I want to know if I can take him to court for maintenance because I am the mother of his child. Or should I wait until I give birth to the second child? Should I go to his workplace and tell his boss and friends what is going on so that they can talk to him on my behalf? He said people have laughed at him many times because they know that I cheated on him and he is still with me. I don't know what to do. Please help me.

This is not a straight story. Whoever you are, you are very much mixed up and this so-called babyfather knows that you cannot be trusted.

To be very frank with you, what you have written seems to be a made-up story. Only a foolish man will give a woman money all the time knowing that she is a cheater. Young woman, I don't believe your story. But time will tell if I am wrong.

You say your child's father wants to have sex every month and your ex wants to have sex with you whenever you get the chance to cheat. Your story is not straight. You are wasting my time. You can't keep your legs shut from any of these men. Go and find yourself something to do. If these men only want to have sex with you once per month, they don't consider you a good woman. They are not good men. Whoever got you pregnant, I hope he will support the child. Remember what I am saying to you. Get yourself a job as soon as you are able to do so.