Sister trying to mash up my relationship 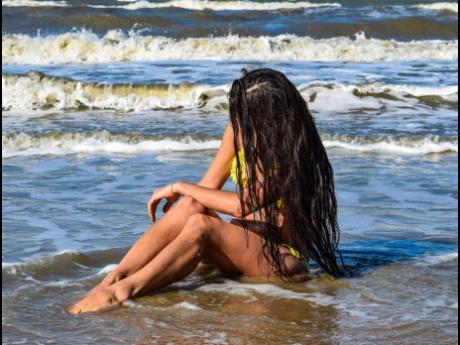 I am writing to you for your help. I am 29 years old and I am carrying a heavy burden right now. I have two children. Their father and I get along very well. He is my first and only man. We work hard together. People always talk about how much he loves his children. He doesn't fuss with me. All my relatives can come to our house. They all like my children's father.

He is a good family man. He loves to play dominoes and he and my father play all the time. My father always brags how he gave him 'six love'.

One of my sisters asked my boyfriend for a loan and he told her that he would have to talk to me about it. I asked him what she wanted the money to do and he told me that she said she wanted to do some buying and selling. That is what she and her boyfriend do. I told him that he should ask her for a guarantee because her boyfriend is not known to be someone who pays his bills. My boyfriend told her to get somebody to witness a little agreement that we would make. She asked me why I didn't want her to have the money and I told her that what my boyfriend has is for both of us.

My sister started to tell my boyfriend how I am no good and that I have been keeping man with him. Other relatives told my boyfriend that she was lying. I asked my boyfriend whether he believed her and he said if he had heard that story from an outsider, he would question it. But he said that hearing it from my own sister, he doesn't see why she would lie. So, it is bothering him. She almost caused a break up with my children's father. I convinced him that she told him that out of spite because I didn't agree with him to give her the money.

I don't hate my sister because I know she has always been jealous of me, but I did not know she would lie because she wanted some money. I do not want relatives to come back to our house, especially this wicked sister of mine.

You were quite correct in protecting your children's father of the money that both of you have worked so hard to acquire. Whatever he has is yours and trying to borrow from him is like trying to borrow from you. He told your sister that he would have to discuss the request with you and you turned her down, so she became angry. She decided that she would try to destroy your reputation.

You know you have not gone with other men. Although what she said about you hurts, you should not regret not giving her a loan. I could understand why your children's father is so concerned over what your sister told him. I believe that deep in his heart, he does not believe her. But although he does not, he is still questioning why she would be so wicked to lie. Stay strong, love your sister, but keep your distance from her.