Had to cheat to pay my bills 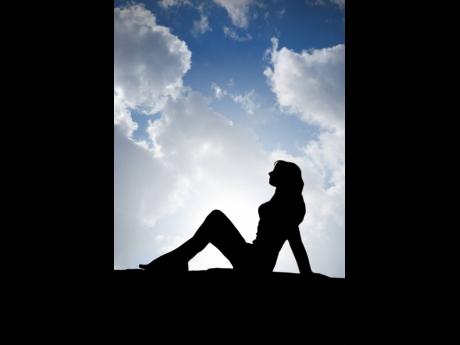 I am 60 years old, but I look younger than my age. I have three children and they are all grown. One of them got married and is living with her husband.

She has a child, so I am also a grandmother. My husband has always been unfaithful. He has always had other women. We bought a house together, but most of the time I have had to pay the mortgage alone. If I didn't do so I wouldn't have anywhere to call home. We came to the place where we almost lost it and I had to have an affair to save our house. I am not proud of what I did, but that was reality. My husband never suspected what I was doing. He was too busy doing his own thing with other women.

The man I was involved with was never married, so I was not destroying anybody's relationship. I did not have to expose myself with him by going to a hotel. He had his own home. I would drive in through his gate and go straight to his house. Even his neighbours do not know that I am married. One time things were so hard with me that for six months this man gave me money and paid my mortgage. When the man became ill, I didn't know what to do. I encouraged his nephew to get a caregiver to take care of him and he agreed.

My husband continues to be wild. Everything got bad between us. So, I filed for a divorce and I agreed to give him half of what we owned together, but he doesn't deserve it. But, for peace, I will let him have it. I am hoping that this man with whom I am having an affair will get over his illness because I would love to marry him. I don't want any other man in my life. This man has good investments. He is not poor like myself. Sometimes a woman has to do what she has to do to get through life. I have never discussed my cheating problem with my children, but I know they suspect because they know the money has to come from somewhere to keep the family going. I would like to hear what you have to say.

You only had a husband by name. He did not play the role of a good husband. He couldn't have been so foolish to believe that all the expenses you were making came from your salary. He would have to be very naive. He might have suspected that you were getting help from somewhere, but he didn't care.

As a counsellor, I have had to counsel women who were married but had to depend on other men to give them money to put food on the table. Their husbands would come home and eat what the women have prepared using the money they got from their lovers. There are husbands who do not even question where their wives get money to buy the chicken or steak to prepare dinner. So, I understand what you are talking about. I can't sanction what you did, but I am not here to condemn you either.

Your marriage has been destroyed. This man who supported you and with whom you are having an affair, is ill. I hope that he will soon recover. If the love that both of you have for each other is genuine, I hope that you will get married. Make sure you seek premarital counselling before you say 'I do'. I wish you well.