Husband makes notes every time we have sex 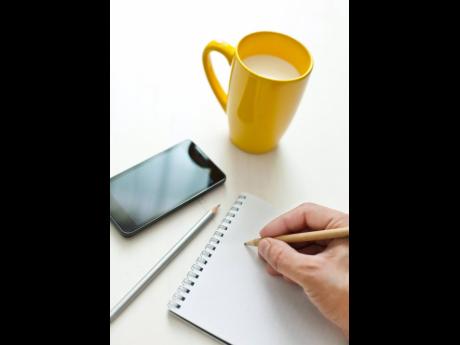 I have written to you before and you have helped me. I am writing to you again because I need help. When I wrote to you the first time, you gave me good advice.

Since that time, I met a man and we got married. Everything started going well with us but he is a strange man. Both of us are working. Everything he gives me, he writes it down. If I ask for anything else, he tells me to use my money because I am working. That is not all. Every time we have sex, he writes it down in a book. I asked him what it was for and he told me that he has learnt from past experience. He said a girl gave him a jacket and he couldn't believe that she would do that to him. He did not know that she was keeping another man with him. I told him that I didn't have to do that because we are married and he has to learn to trust me. He said he doesn't trust women.

People would see us together and think he is the nicest man. He is nice in a way. He does not abuse me, but he says things that make me very unhappy. Do you think it is right for this man to be writing down every time we have sex? If I am not in the mood, he writes it down too. He says that I am driving him to go to the road when I am not in the mood. Please, tell me what I should do.

It is not unusual for some people to recall when they were intimate, especially women who had unprotected sex. But these persons who are always writing down when they have sexual intercourse are single people. I think, however, that it is very strange for a man to keep record of when he had sexual intercourse with his wife. Indeed, he is giving the impression that he does not trust her because she might be going to bed with other men.

Your husband declared that he has been doing so because a woman with whom he had a relationship got pregnant by another man. He thought he was responsible for her pregnancy. He thought that she was speaking the truth, but of course, he found out that he did not father the child. It would be very difficult to get this man to change. You know you are faithful to him. So don't waste your time by trying to stop him from writing down what he wants to write down. Just try and remain a faithful wife.

Concerning his bank account, I hope the time will come when he realises that it is unwise for only his name to be on the bank account. But don't try to fight him on that either. This man does not fully trust you and a good relationship is built on trust. I believe that he will change. But don't push him or insist that he should do what you want him to do. I wish you well, my dear.