I don’t know my child’s father 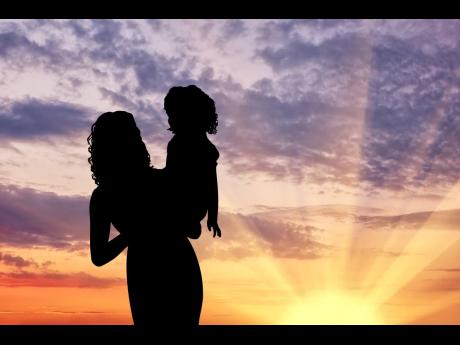 I am a 23-year-old woman and I have one child, but I don't know who is the father. I started having sex when I was 18 years old, and I was very promiscuous. I was having sex with young men and old men. I even had sex with two brothers on a regular basis because I was staying at their house, and both of them were giving me money. That was how I survived.

I am now living with a man who has been supporting me and my child, but the child is not his. I had sex with him when I was three months pregnant. I was on the streets at the time, and this man took me in. I was raped several times when I was on the streets. Life was very hard. I don't know who really was responsible for my pregnancy. I told some of the men who had sex with me that they got me pregnant, but they chased me away. The two brothers I had sex with told me the child is not theirs, and the child doesn't resemble them at all. They told me not to call their names. This man that I am living with has been very helpful. Sometimes I break down and cry, but he told me crying won't help me.

I have this baby and the man that I am living with loves him. I told him I am willing to give up the baby, but he said I should not do that. He said he will raise the baby as his own. People think that I am this man's granddaughter. I have gained weight since I have been with him. I take care of the place but this is not the kind of life I want to live, but I can't leave him, at least not for now.

I don't know my father. My mother told me that after my father got her pregnant she never heard from him. She has tried to find him but no one knows where he is. She believes that he gave her a wrong name. I had to leave my mother's house because my stepfather was harassing me for sex, and when I told my mother, he denied it and my mother told me that I should find somewhere to go.

I have not even tried to contact my mother because she is part of the reason I was on the street. This man that I am living with has children but when they come by to see him, they don't trouble me, they just ask me if everything is alright, and they told their father to treat me well. He does not curse me about my past and I have told him that I would not bring any man into his house. He knows that he is weak in the bedroom but many times when he is trying, I tell him that he doesn't need to worry because I am alright.

Pastor, do you think I should give up the baby for an adoption or try to find out who is his father?

I can see that you have a rough upbringing and to survive you have had to beat the street. You felt that that was the best way to earn money. That was very unfortunate and you went to bed with Tom, Dick and Harry, including two brothers. These men used you. You did not protect yourself from pregnancy, and they didn't care. I know some people would say you should do DNA test to find out who is the child's father, but this may be very challenging. How many men would you ask to do the test? There have been many.

Although you feel very embarrassed about your past, you cannot change it. When the man who was living with your mother sexually harassed you and you told your mother, she should have stood up with you, but instead, she told you to leave. She is a bad mother and she was irresponsible. This much older man that you are living with, he rescued you, so to speak. You have a comfortable home and he is providing for you. I know it is not the way you want to live, but for the time being, you have very little choice. Try your best to take care of your baby. You have thought about giving the child up for adoption and it is not a bad idea. The man you are living with don't want you to give him up for adoption. He feels that he can support the child, but this man is not a young man, and he might not be physically strong to play the role of a father. You may want to get the opinion of this man's children. Please consider going back to school and please do not become involved with other men while you are living at this man's house.

Let me hear from you again.