Husband’s anger is driving us apart 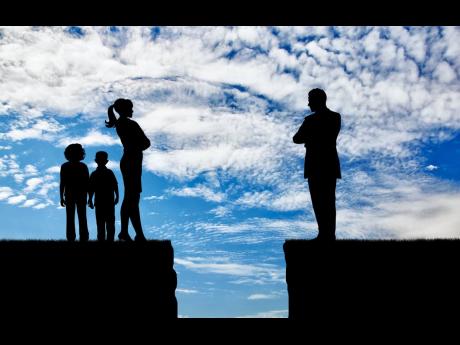 We share three beautiful children. He is a wonderful provider and father. I don't have problems with him cheating or lying, but my biggest concern is his behaviour sometimes.

He is a miserable man who quarrels over everything regardless of how simple it is. He is old-fashioned and believes that women are supposed to do all the house chores and housework.

I am always willing to take care of my house and children but sometimes it gets overwhelming, and the hurtful part is that he still comes home to find faults with what has been done.

We are coming from humble beginnings where I can remember being hungry while with him. However, we both worked hard and he now has his own business with my help. I do my own little business in the community.

Pastor, my husband is so angry sometimes, and as soon as he enters the house in that mood, the children signal me that he is angry again and we all just keep out of his way.

He is not physically abusive but he is loud and sometimes others hear him from outside.

I love him dearly but I am so unhappy at times. He will make me sad and then after a few days, he would come back around and is the sweetest person.

I know he loves us a lot. I suggested to him that we go see a family counsellor but he refused, saying that he is going to change. But the cycle goes on and on.

I am considering leaving him and going abroad for a while. He doesn't know but I can't deal with it anymore. He has made tremendous sacrifices for me so it's hard to leave, but I think my happiness and sanity should take first place. What says you on the matter, Pastor?

This man has to deal with his anger. He is making money, but he cannot control his anger. He is not interested in going for professional help, but he has to be brought to his senses. You didn't mention anything about church, but perhaps there is where you should start. If you are not attending church, start going to church with your children.

Tell him that you want to make a new start and you would like him also to attend. He would probably tell you that he does not need to go to church.

Tell him that he is making a mistake because you have to deal with him and you know that it is because he is not a practising Christian why you are so unhappy.

Assure him of your love. Tell him he is a good father, but you need him to change and he cannot do it on his own. That is why you are inviting God into the relationship.

During the week (even once or twice), have family devotion and ask him to join. If he is too busy during the week, when both of you are in the bedroom, read a Psalm and both of you should pray together.

It would not be wrong to tell your husband that you need a break. Suggest that both of you go for a weekend occasionally.

Yes, nothing is wrong with going abroad, but there are lovely places that couples could go to here in Jamaica.

It will help your relationship, madam. Have your children stay with relatives. Your husband needs the break, too.

Try what I have suggested and write me again and tell me if progress has been made.