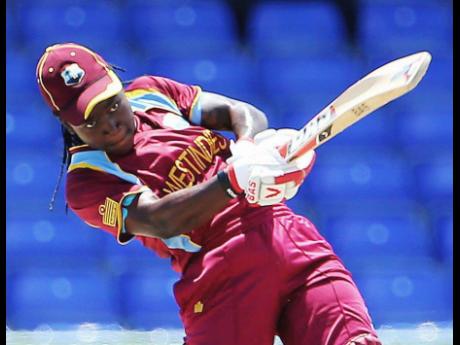 The dynamic Barbados and West Indies Women's all-rounder stunned the world when she announced her retirement from international cricket last week, citing she was no longer able to "adhere to the team culture and environment".

"On behalf of all here at CWI, I want to congratulate Deandra on what has been an outstanding career covering almost a decade-and-a-half, during which time she has contributed immensely to Barbados and West Indies cricket," Adams said in a CWI media release.

"Her outstanding achievements on the field of play are a testament to her dedication, commitment, and hard work, which were the hallmark of her approach to the game. We wish her all the success possible in her future endeavours."

In ODIs, Dottin made 3,727 runs - including three hundreds - at an average of 30.54 with a top score of 150 not out against South Africa Women in January this year in Johannesburg and took 72 wickets at 27.19 apiece with best figures of 5-34 against the South Africans six years ago in East London.

In T20Is, she scored 2,697 runs - including two memorable hundreds - at an average of 25.68 and took 62 wickets with best figures of 5-5 against Bangladesh Women four years ago in Guyana.

"Deandra is one of the most athletic and dynamic players in the history of women's cricket, and I want to take this opportunity to congratulate her on what has been 14 years of performance excellence for the West Indies," Walsh added in the media release.

"During my time as head coach, I have been able to see her brilliance up close on the field, and she always gave it everything."

Dottin announced her retirement after she was part of the Barbados Women's side that beat Pakistan Women in their opening match of the Commonwealth Games at Edgbaston.