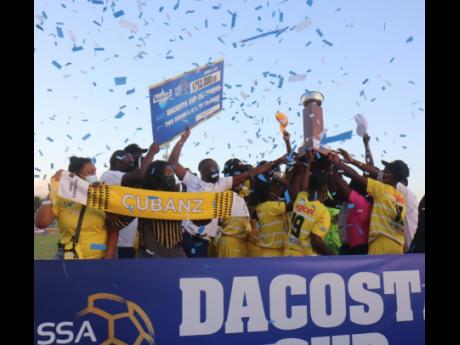 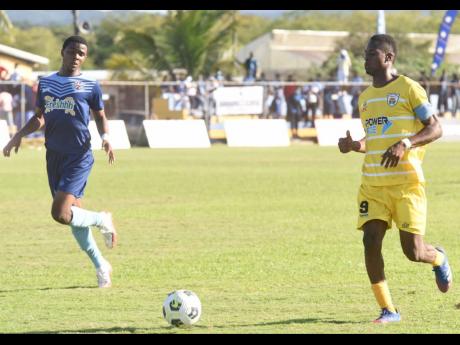 Garvey Maceo captain Gregory Cousins (right) in action during the final of the ISSA daCosta Cup against Mannings School at the STETHS Sports Complex in Santa Cruz, St Elizabeth on Friday.
1
2

Cousins, the team captain, produced a hattrick, while his teammate Cleo Clarke had a brace in the "Cubanz's" 5-0 win over Mannings School at the STETHS Sports Complex in Santa Cruz, St Elizabeth on Friday afternoon.

It was a good day for the parish of Clarendon, as Frankfield-based Edwin Allen High School were crowned Ben Francis champions in the earlier match of the day's double header.

Garvey Maceo, based in Gimme-Me-Bit, Clarendon, have now won their second ever title.

Attention now turns to the Manning Cup final between defending champions Jamaica College and Kingston College at Stadium East on Saturday. Whoever wins that game joins Garvey Maceo to play for the ISSA Olivier Shield.

See the full report in The Gleaner on Saturday.