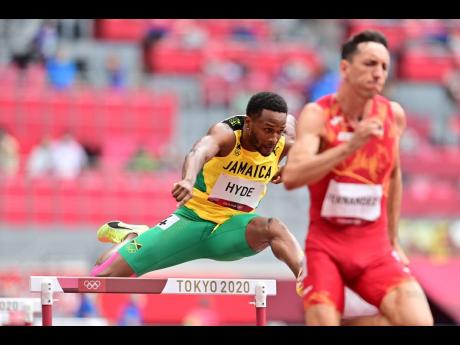 The first markers have been laid and the big names have all made their first strides towards what is shaping up to be an extremely exciting Tokyo 2020 women's 100 metres final, following Friday's (last night Ja time) heats inside the Tokyo Olympic Stadium.

Gold medal favourite Shelly-Ann Fraser-Pryce is on the hunt for a historic third Olympic 100m title, and she is already looking hard to beat after basically jogging her way to an impressive 10.84 seconds win in her heat.

"I feel OK, I feel light and I definitely feel comfortable," said Fraser-Pryce after her win.

"It was a good run, I think technically it was very sound. The next couple of runs are going to be super competitive, so you just want to make sure that you nail the technique and I am glad that I was able to get that one out of the way and focus on the next round," she added.

She will be joined in the semi-finals by compatriot and defending double Olympic sprint champion Elaine Thompson Herah, who was also cruising for her 10.82 seconds win in her heat.

"I'm feeling great, it's the fastest I have ever opened in a championships," Thompson Herah told STAR Sports. "I was very relaxed, I was out there talking to myself to stay controlled and focussed so everything is fine, I am just taking it round by round."

There has been much talk about a potential Jamaican podium sweep in this event and Shericka Jackson did her part to keep that train on the track, easing to 11.07 for second place in her heat.

Ivory Coast's Marie -Josee Ta Lou, 10.78, was the fastest qualifier on the night.

All three Jamaicans advanced to the semi-finals of the men's 400m Hurdles, with Jaheel Hyde, 48.54, winning his heat with the third fastest time in qualifying.