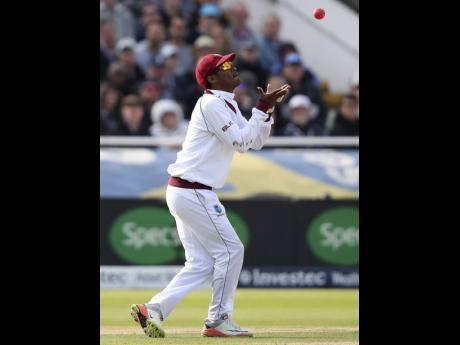 West Indies' near three decade-long wait for a series win over South Africa will not be bearing heavily on captain Kraigg Brathwaite's mind when the two teams clash in the opening Test of the two-match series at the Darren Sammy National Stadium here today.

Brathwaite was not yet born when West Indies beat the Proteas in a one-off Test in Bridgetown 29 years ago, in a match marking the African nation's readmission to international cricket.

Since then, West Indies have gone seven series against South Africa - including three in the Caribbean - without a single series victory, and have managed a mere two Test wins in the last 27 meeting between the two sides.

Brathwaite, appointed full-time captain ahead of the Sri Lanka series in March, said instead of worrying about the past, the side's singular focus would be on extending the discipline which has seen them go unbeaten this year in four Tests, and simply letting results "take care of themselves".

"For us as a team, since January we have been doing certain things [well] and obviously we still have to improve in those areas but for us, it's just to go out there and do the simple things right," Brathwaite told an online media conference.

"For us, it is a continuation of the good things we started from January in Bangladesh.

"For me it's quite simple - we've got to keep the same attitude we had and the [same] discipline."

Brathwaite will lead a side which sees four changes to the squad which featured in the nil-all series draw against the Sri Lankans.

Gone are the out-of-form left-handed pair of John Campbell and Darren Bravo, while speedster Shannon Gabriel is injured and left-arm spinner Jomel Warrican has been dropped.

Shai Hope and Kieran Powell have both been recalled along with off-spinning all-rounder Roston Chase, while selectors have gambled on uncapped teenaged pacer Jayden Seales, who is without a regional first-class game to his name.

West Indies start the series sixth in the ICC Test rankings - one notch higher than the Proteas - after a 2-0 series victory away to Bangladesh and then drawing with Sri Lanka at home.