King grateful for another Windies chance 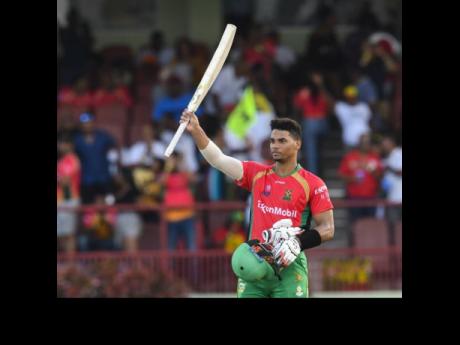 Jamaican batsman Brandon King is elated that the West Indies selectors have found favour with him as he was named in the Twenty20 (T20) International squad to tour New Zealand next month.

King, 25 years old, is coming off a below-par performance in the 2020 edition of the Caribbean Premier League (CPL), where he registered just one-half century while scoring 116 runs in 11 innings.

Those numbers do not compare well to the 2019 season where he scored 132 not out in one innings in a tournament-leading 496 runs.

King has admitted that his CPL performance is one he would want to forget in a hurry, however, he is keen to make amends on international duty.

"The performances in the CPL were not what I would've liked but I am my biggest critic and I have analysed and taken the lessons from the tournament and applied it to my preparation for the upcoming series," he said.

King has scored 129 runs in eight T20 games on international duty for the West Indies. After scoring 43 runs in his last innings against Sri Lanka in March, the attacking right-hander is thankful for another opportunity to showcase his skills abroad.

"I'm always grateful to be given an opportunity to represent the West Indies," he said. "It's a huge honour and I feel proud to be a part of the squad once again. I think it's about performing your role for the team at the end of the day. Looking at the last series against Sri Lanka, I got some starts that helped put the team in a strong position towards the back end of the innings. So it's for me to turn those 30s and 40s into bigger scores and be there at the end."

King is also setting his sights on playing the longer format of the game for Jamaica and ultimately the West Indies.

"I have always had aspirations to play Test cricket and the Regional Four Day tournament is the avenue to do that," he said. "So, once I am fit and healthy and the appropriate health authorities deem it safe, I will be available."