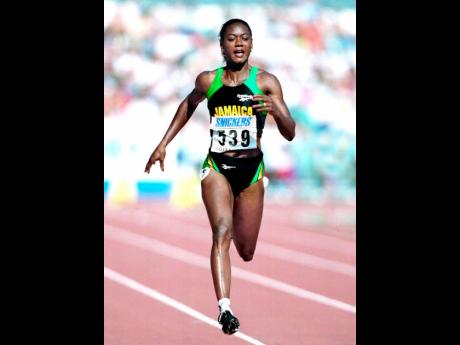 Residents of Hanover are proud that local track and field icon Merlene Ottey was honoured with the Order of Distinction on Monday.

Ottey, from Cold Spring, in the parish, was among five sportsmen and sportswomen honoured for their contribution to sports at the Ceremony of Investiture and Presentation of National Honours and Awards that were held virtually because of the COVID-19 pandemic.

Ottey won nine Olympic medals, and 14 World Championship medals including gold medals in 1991, 1993 and 1995, in her time representing Jamaica.

Ottey's mother Joan Bowen-Ottey said that she is proud to see her daughter being awarded.

"I am so happy for Merlene," she said. "To see the recognition for all her years of service to Jamaica, it makes me proud.

"I am also happy for Deon [Hemmings-McCatty], she is our first goal medallist. I was wondering what's happening for her and how nobody was talking about her. I'm glad to see they are all being recognised."

Hemmings-McCatty became the first woman from the English-speaking Caribbean to win an Olympic gold medal when she won the Women's 400m hurdles at the Atlanta Games in 1996. Her honour was upgraded from the Order of Distinction, Officer Class, to Order of Distinction, Commander Class, in recognition for her contribution to Jamaica's track and field legacy.

Rodrick Myles, track and field coach for Rusea's High School, said that Merlene Ottey's success has always been associated with the Lucea-based institution and serves as motivation for the growing programme.

"The track and field programme and Rusea's are forever proud of Merlene Ottey," he said. "Her success is always associated with Rusea's because a lot of people always say that it is the birthplace of women sprinting in Jamaica. In the parish, and at Rusea's, she always used to influence and motivate young athletes."