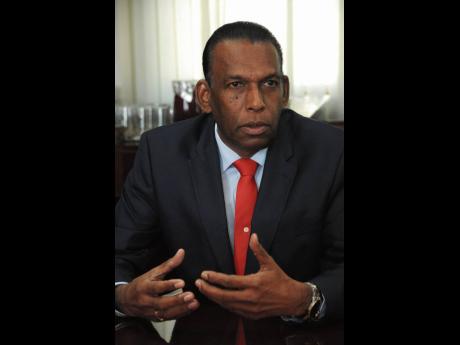 Despite the cut in their subvention from Cricket West Indies (CWI), president of the Jamaica Cricket Association (JCA) Wilford 'Billy' Heaven says his administration is not considering laying off any staff member associated with the Jamaica Scorpions franchise.

Describing the move as a "temporary measure", the CWI said in a statement last Friday that it is "deeply regretted" having to make the cuts but was left with little choice "in the face of debilitating economic challenges which have resulted from the impact of the COVID-19 pandemic."

The measures, adopted following close consultation with all stakeholders, will also extend to the funding for territorial boards, territorial board franchises along with the players association, WIPA. Retainers and allowances for directors and executive management of the CWI are also being slashed by half.

Heaven told STAR Sports that the JCA received a monthly subvention US$17,500 from the CWI which goes towards the paying of staff members who are either employed directly to Scorpions franchise full and part-time.

"From where I sit and having chaired the CWI financial strategic committee, I am not necessarily looking at lay-offs because that is not where my head space is," said Heaven.

"I am looking at sharing the burden. I am leaning towards sharing the pain because this is one pain that can be shared and that is how unique this one is," he said.

"At the CWI our recommendation was not to lay off any worker but to reduce remuneration and other benefits that goes to every single category of worker," Heaven said. The Scorpions franchise currently employed six persons including the coach and assistance coach.

The CWI reduction in subvention will take effect the first of July. The JCA boss underlined that the cut in subvention would have huge impact on Scorpion's franchise and the organisation would be meeting in short order to assess the impact of the cut.

"It will impact that aspect of the JCA, but that the extent to which it will that function of the JCA we do not know yet," Heaven said.