Gayle says racism is in cricket as well 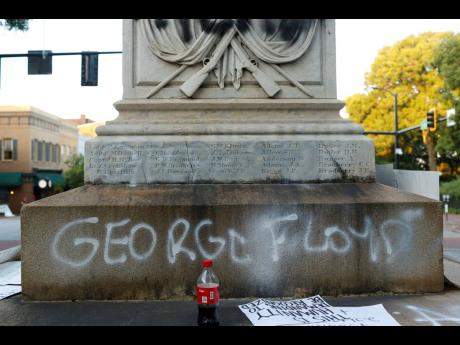 In this May 31, 2020 photo, protesters vandalise the Athens Confederate War Memorial after the main protest ended in downtown Athens, Georgia. 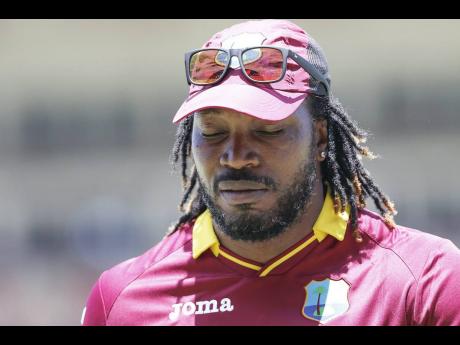 Star West Indies batsman Chris Gayle says racism in sport, in particular cricket, is real. The 'Universe Boss' has taken to social media to weigh in on the ongoing massive protests in the USA following the death of unarmed African American George Floyd at the hands of a white police officer.

Gayle said yesterday he has faced several racist experiences throughout his career; however, the left-hander did not pinpoint any particular incident.

Despite being one of the most recognisable figures in world cricket, the globe-trotting T20 star says the gentleman's game was not free of racism and he has witnessed it face to face due to the colour of his skin.

The Jamaican took to Instagram to highlight his disgust following the ongoing riots in America.

"Black lives matter just like any other life. Black people matter, p***k all racist people, stop taking black people for fools, even our own black people wise the p***k up and stop bringing down your own!" Gayle wrote on his Instagram page.

"I have travelled the globe and experience racial remarks towards me because I am black, believe me, the list goes on."

"Racism is not only in football, it's in cricket, too. Even within teams as a black man, I get the end of the stick. Black and powerful. Black and proud," he claimed.

Jamaican cricket coach Donovan Miller, who is one of the few black coaches on the international scene, agrees with Gayle that black people need to support each other in the fight against racism.

Miller, who was part of the England coaching staff recently, says he has not witnessed racism in cricket; however, he knows it is out there.

Miller, who recently coached the Jamaica Tallawahs, says cricket needs more black role models, especially coaches, if the minority group is going to win the war against the ugly disease that is racism.

"We need to do more to support our own and make sure that we develop our talent and qualify more people to take jobs across the world, because we don't have a lot of black role models as coaches," said Miller.