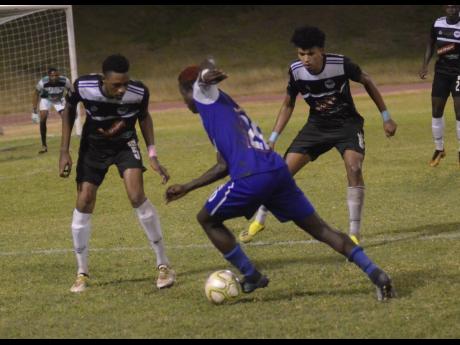 Rudolph Speid, technical director of Cavalier, says club defender Jamoi Topey, who is on loan at the Bethlehem Steel in the United Soccer League (USL) in the United States, is in high spirits despite being on lockdown in Philadelphia due to the spread of the coronavirus.

Speid told STAR Sports that Topey, who has been on loan with the Steel since 2019, does not want to return home this time despite the spread of the virus in the US, because he is very anxious to resume his footballing career.

"Despite him being in quarantine, he has not said that he wants to return home because this is not on his mind, as he is very focused on his career," said Speid.

"When I spoke with him recently, he doesn't feel down because he is very positive. We spoke about his career and what he wants to achieve, and so he is just looking forward for the league to resume," he said.

"He is just anxious to return to the field of play because he loves playing football and he wants to have a very successful football career for his club and country, and so he has put himself in that frame of mind," Speid said.

The veteran administrator added that the former Camperdown Manning Cup standout has been doing all that he can to stay in shape, so that he will be in good physical condition whenever the league resumes.

"He has been keeping himself in shape because the club sends a coach at various times of the day for him, and he and the coach will work out one-and-one," said Speid. "He is also doing some strength work by himself inside his apartment."

Speid underlined that Topey, who has one cap for the Reggae Boyz, recently trained with the club's first team, the Philadelphia Union, because they believe that he has a very bright future with the club.