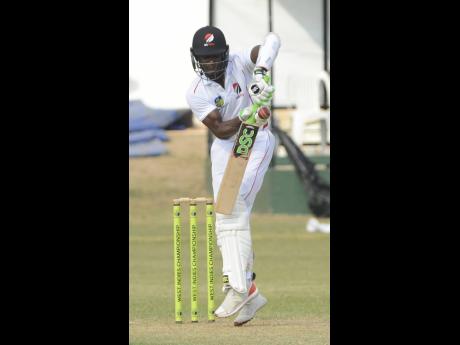 Despite Trinidad and Tobago Red Force not winning the four-day West Indies Championship, coach Mervyn Dillon says he achieved what he set out to by finishing in the top three of the six-franchise team tournament.

Barbados Pride were, on Tuesday, declared winners of the competition, which had been suspended in light of the coronavirus (COVID-19) pandemic after Cricket West Indies (CWI) decided to scrap the last two rounds in the first-class season altogether. They were top of the table with 134.8 points, well ahead of Red Force, who were on 94.6 points.

Trinidad ended the competition one place ahead of their third-place finish last year.

"Realistically, based on the goals I set, I was always going to be happy with a top-three finish," Dillon said.

"Congrats to Barbados for the wonderful season they have had. They played some really good cricket. They took their chances. They seemed to put a good unit together."

Identifying the highlights of his side's performance, the former West Indies fast bowler said the batsmen had delivered to put big scores on the board. Seven of them hit centuries.

"To see us put scores on the board above 300 was a good achievement by the batters. We finished with the most centuries [eight]. Those things you have to give them credit for. We haven't been close to that in the recent past," said Dillon, who replaced Kelvin Williams midway through the 2018-2019 campaign.

Defending champions Guyana Jaguars ended this year's tournament in third position on 91.8 points, along with Jamaica Scorpions. Windward Islands Volcanoes finished fifth with 78 while the Leeward Islands Hurricanes was sixth with 52.8 points.