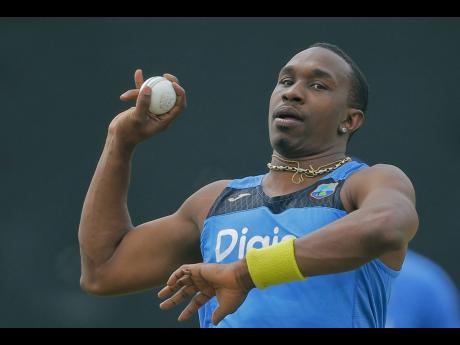 As the world continues to grapple with the deadly coronavirus, which has now claimed over 20,000 lives worldwide, West Indies all-rounder Dwayne Bravo is playing his part by offering inspiration through music.

The Trinidadian, who goes by the name 'DJ Bravo', has put out a single titled We Not Giving up, which is geared towards uplifting the spirits of people around the world in these trying times.

The track, which was co-written by Bravo and Joanna 'JoJo' Hutten and was produced by WMG Records, highlights the plight of the coronavirus and its impact, which has been affecting the Caribbean and the world.

"We are going through testing times with this disease that has taken the world by storm, a lot of people have lost their lives, and I thought it best to put out a song that will give people hope in these sad times," said Bravo.

The 36-year-old says the track is geared towards inspiring people, and that he saw it fit to highlight the plight of people, not just in the Caribbean, but around the world.

"This disease doesn't care if you are white or black or if you are wealthy or poor, we have to also take the time out to pray for people in China, Italy and the US, who are hit hard by this virus."

Bravo says he is hoping that the world can overcome the pandemic sooner rather than later, and that people can go back to their regular daily lives.

"No one knows when it will end, but as they say, the longest rope has an end so we just have to stay strong and fight through these times."

He has also followed up with tracks such as Run D World and ChaloChalo.