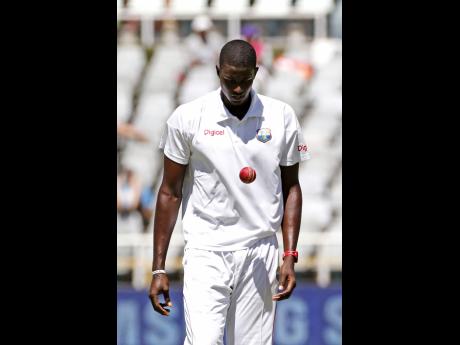 Underdogs West Indies will hope to shake off the controversy that has overshadowed their build-up and spring a major surprise when they take on powerhouses England in the opening Test of the Wisden Trophy Series starting here today.

Ever since Englishman Richard Pybus was named as interim head coach earlier this month, his controversial appointment has dominated the headlines and caused friction in the Caribbean fraternity.

Cricket West Indies director, Enoch Lewis, slammed the appointment and then sparred publicly with fellow director, Barbadian Conde Riley, over the contentious issue. And last week, CWI said it had referred comments made by Lewis to its ethics committee, further increasing the rancour.

Almost unnoticed in the midst of the mayhem, the Windies have quietly gone about their preparation at a training camp here, and captain Jason Holder said the Caribbean side would not be distracted by the swirling controversy.

"This is the first time I'm working with him (Pybus) in a coaching capacity and it's been refreshing. He's copped a lot of criticism off the field, but that is something that I really can't control or get involved in," Holder said.

"Once we do that, I'm sure we'll have a really good series."

West Indies know that a strong performance over the next few days will immediately change the narrative but it will be finding the consistency to produce such, which has proven challenging for the hosts in recent years.

They are coming off a chastening series in Bangladesh where they were swept 2-0, with neither Test lasting beyond three days. The tour capped off a disappointing year where the Windies managed just three wins in nine Tests.

However, Holder said there was belief within the unit that they could produce positive results through the series.

Despite their wretched overall record in recent years, West Indies have not fared badly against England in the Caribbean. In the last series four years ago, they drew the first Test, got hammered by nine wickets in the second but picked themselves up to win the final match at Kensington Oval by five wickets.

In the five-match series of 2009, West Indies won the first Test and drew the next four to earn a precious series win.