Senior citizen suspected to have drowned 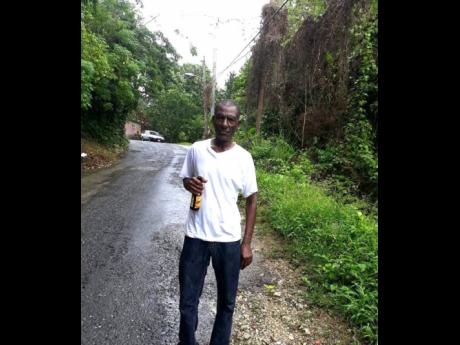 The death of 71-year-old Valentine Campbell of Rhoden Hall district in Crofts Hill, Clarendon, has left his caregivers puzzled.

Reports from the Crofts Hill police are that Campbell was seen going to the river last Saturday, November 26. His body was later found in a river by a resident about 9:20 a.m. the following day. The police were summoned and upon their arrival, Campbell was taken from the river and the scene processed. His body was removed to the morgue pending a post-mortem.

Sandra Cameron, who along with her family ensured that Campbell had a warm meal and assisted with other needs, said she noticed that since last Thursday he was not looking well and called one of his daughters who lives overseas to share her concerns.

"She sent some money towards his care with the promise that as soon as she could, she would make arrangements to see him," Cameron said. She said that she last spoke with Campbell last Saturday. She said he washed his hair and put on a new shirt, pants and sneakers. She even teased him saying "You dress up inna new shirt and new pants though, weh yuh a go?" to which he only responded that he was going somewhere. Cameron also shared that Campbell bought food and a drink and told her to put them up as he would soon return. After he did not return more than two hours later, she said she started calling around to check on his whereabouts. She finally got someone who told her that they saw him walking towards the river with a box food and a drink. The man said he asked him where he was going and he said he was going to visit his son.

"When the man tell mi dat, wi never feel any way then. Mi seh a regular ting dat for him to go and come. But when it touch inna di 8 p.m. mi nuh see him, wi go up dere (the son's house) and he wasn't there," she said. Cameron said she informed another of Campbell's daughters, who is the primary caregiver. Early Sunday morning she resumed the search without success. Minutes after 9 a.m. she got a phone call about the discovery of his body. In trying to make sense of the tragedy, Cameron said that on Good Friday, Campbell suffered from seizures and had to be taken to the hospital. She said sometime after he had another attack. Campbell's neighbour Lorine Thompson said that he was one of those seniors who was easy to get along with.

"He was quiet, and jovial, he never had issues with anyone. He was peaceful and humble. Dat deh man nuh mek nutten trouble him," she said.