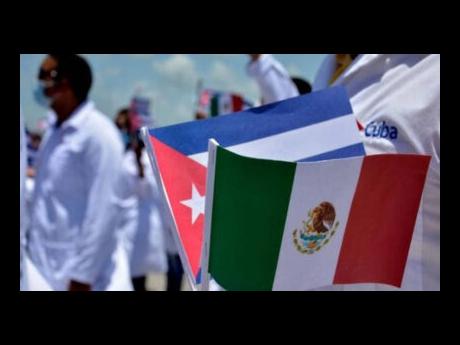 HAVANA, Cuba, Oct. 5, CMC-  The government of Cuna is fulfilling a health agreement with Mexico by sending   84 Cuban doctors to the Central American nation  to offer their services.

The announcement was made during a press conference on Tuesday.

The doctors will help to make up for the shortage of health professionals in Mexico and increase to 436 the number of Cubans hired in Mexico.

The bilateral agreement includes the hiring of some 600 Cuban specialists to bring medical care to remote and vulnerable areas of Mexico, including communities with indigenous populations.