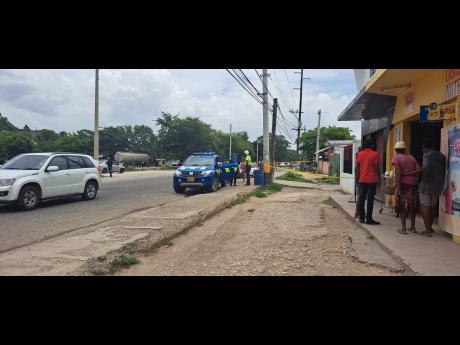 An alleged gunman was shot and killed in Central Village, St Catherine this morning after he and an accomplice allegedly gunned down a man in the Brown’s Lane community.

The police say a Glock pistol was seized from the deceased gunman, who is yet to be identified.

The incident happened about 11 o'clock in the area.

It is reported that two men armed with guns left from Brown's Lane and crossed into another community and opened fire on a man killing him.

While fleeing, the attackers were intercepted by a police party and a firefight reportedly ensued.

One of the gunmen was shot while the other escaped.

The injured man was subsequently taken to hospital where he is pronounced dead.

The police report that the attack was fuelled by a dispute about work in the community.