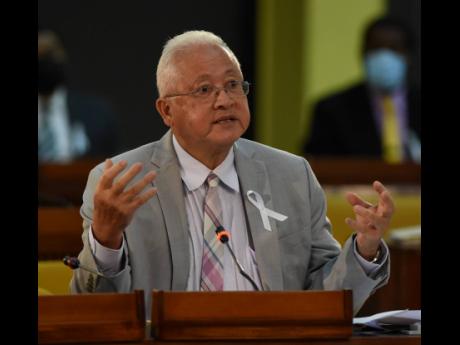 Jamaicans are being encouraged to utilise alternative dispute resolution (ADR) services offered by the Government, through the Ministry of Justice, to settle conflicts amicably outside the courts.

"We want every single Jamaican to appreciate that when they get into conflicts with their neighbours and families, that they don't have to take it out on one another. Services are available, not only of other ministries, but certainly of the Ministry of Justice in every single parish," said portfolio minister Delroy Chuck. "We have victim service, child diversion for children who are wayward, we have restorative justice so that people can learn ... how to get along with one another and, indeed, if they get into conflict over land, wages or anything, they can access mediation services."

Chuck maintained that increased use of these interventions would help in reducing backlogs in the courts. He noted that the judicial system is "overburdened" with in excess of 70,000 cases and more than 100,000 traffic offences listed in the parish courts annually. He pointed out that resolving all these matters in any single year will prove challenging.

He said, however, that increased use of ADR services to resolve simple cases and family matters would enable the courts to focus on civil and criminal matters.

"So even though the courts are available to resolve conflicts, you [citizens] can be proactive and, together see if you can work it out without having to burden the courts," the minister added.

"We intend that [people] in every nook and cranny should know about the alternative justice services that they can access to resolve their disagreements, their disputes, and conflicts," Chuck further stated. Approximately $100 million is being provided through the Ministry of Finance and the Public Service to fund ADR services as well as other restorative justice activities.

Persons can access ADR services through the restorative justice centres and Victim Services Division offices that have been established in each parish.