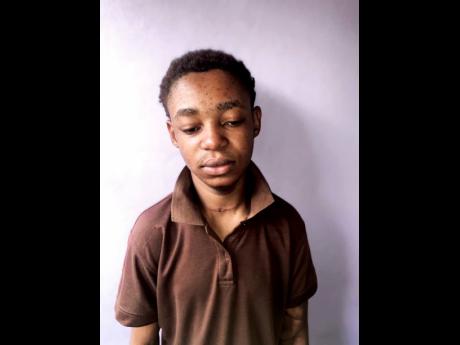 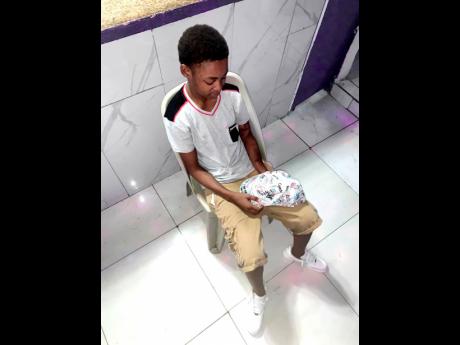 Making a career in football was admittedly the only thing Chester Laidley saw for himself. But his dreams were thwarted in 2016, after being diagnosed with end-stage renal failure.

Then 14 years old, Laidley explained that he struggled to come to terms with the dreadful diagnosis, as, according to him, he was a healthy and active child with no illnesses.

"Inna my mind, me a say this a the end. All of this just happened so quick, and me couldn't understand why it a happen. Me just get up one day and want pee-pee, and all of this just happen so. Me nuh meet in nuh accident, me nuh drop or nothing. Me just a look pon it and say a my time now," the kidney patient said.

Laidley's battle with kidney disease started in 2014 while a grade six student at the Bloomfield Primary in Portland. He indicated that he felt a burning sensation in his penis whenever he urinated and blood was seen in the urine. He related that he was taken to the Port Antonio Hospital, where doctors, after a series of tests, concluded that it was a bladder infection.

"I remember I was outside a play and I wanted to use the bathroom. When I go the bathroom, it just a burn, a burn, a burn and me tell me mada and she carry me go hospital. Dem give me medication and it work likkle bit fi a while, but it did come back and me go back to the doctor. I went again, and they pushed a tube in my penis to look wah wrong because it did a burn me bad, and me never want use the bathroom, I was holding in my urine. Dem do more test again and say one of my kidney dem not working," Laidley shared.

In the next 24 months that followed, the Swift River native began having swollen feet and was not able to stand for prolonged periods. As he approached the eighth grade at Port Antonio High, Laidley had to stop attending school as he could no longer walk.

"Me used to play with my friend dem, run up and down, everything. Whole heap a things start go through my mind. Me couldn't walk, no pressure at all couldn't go pon my foot dem because if me stand up, me a guh drop. Me parents dem a wonder wah wrong with me, dem a fret," he related.

Again, his parents took the trek to the Port Antonio Hospital where another series of tests were conducted and due to the severity of Laidley's case, he was transferred to the Bustamante Hospital for Children. It was at that institution that it was confirmed that his kidneys stopped functioning.

The option of transplant was placed before the family, but Laidley explained to THE STAR that a suitable donor was not located. Since then, the family had to relocate to Kingston from Portland as it was not cost-efficient to travel for dialysis treatments twice a week.

Now 20 years old, Laidley also suffers from hyperparathyroidism, a disease characterised by excessive secretion of parathyroid hormone. This causes the bones to lose their density and hardness.

He nonetheless remains positive as he garners the support from friends, family and kidney patients he meets when undergoing dialysis each week. He has not given up hope that he will undergo transplant surgery soon .

"Me try fi stay active and nuh worry bout the sickness. Even though me can't play football, me go watch dem sometime and try fi kick the ball and sometime it work out. Me a think bout a different career, but me nuh know because me never have nothing else in mind other than the football, God know. If me get the chance fi walk properly, me woulda love go back a school and get a likkle skill so me can work out something for myself," Laidley said.