Andre Hall creating his own niche in the pandemic 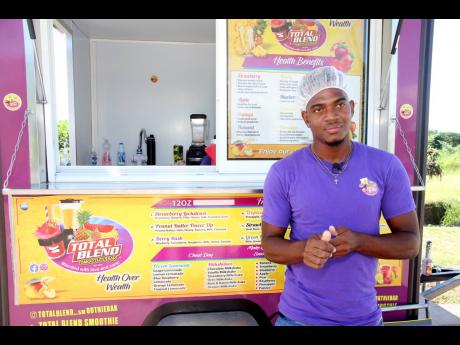 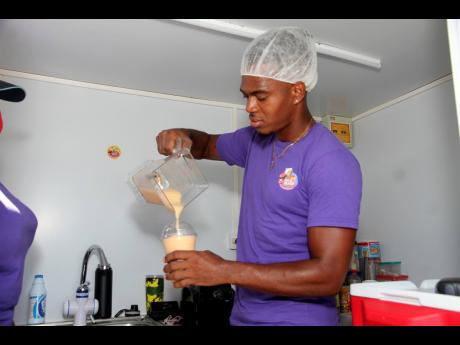 Hall serves up one of his tasty mixes. 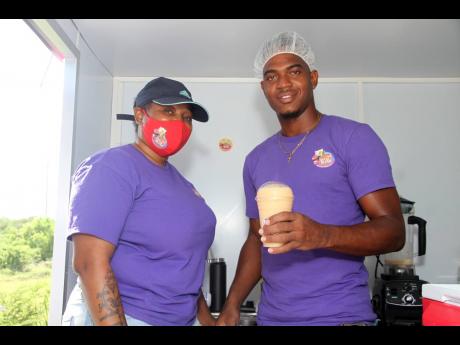 Hall and his sister Antonette Taylor are hoping to expand the business soon.
1
2
3

The COVID-19 pandemic saw Andre Hall losing his job at Margaritaville in the Cayman Islands.

He returned to his homeland still hopeful that he might be able to find a job but he had no such luck as his many job applications yielded no fruit. The rejections saw Hall paying attention to a dream he had for some time but had placed on the back-burner. He decided it was time to "speed it up". The result is the birth of his Total Blend Smoothie Bar, a mobile stall located close to the Mineral Heights exit of Highway 2000 and in the vicinity of the Sagicor Mall in May Pen, Clarendon.

The various concoctions are made from fruits such as banana, strawberry, avocado and orange; Hall and his sister Antonette Taylor have mixtures and creatively crafted names for all of them. Hall said that the idea came about as he realised persons were more health conscious, so he capitalised on it and also ensured he used natural sweeteners in his mixes, honey and cane juice.

Hall said that the nutrition benefits of each smoothie advertised on the side of the truck come from hours of research he carried out. The mobile smoothie truck was launched in September and at first only came out on weekends. But he started getting requests to come out more days of the week.

"I started out as just doing a healthy smoothie, but with guidance from a few people they say I should venture also in milkshakes and more stuff. So I did that," he shared.

Before setting up, Hall said he also checked out the competitions in the town including other smoothie places and he said he wanted his to be different, hence the idea of selling from a mobile stall.

"I wanted to do something mobile that if it doesn't work in one place, I can go to another area. I choose this location because it is off the highway. Hundreds of cars pass through daily so I think even 20 cars have to stop and try our smoothies," he said.

The only drawbacks to Hall's venture is the cost he incurs each day to pay someone to tow the stall. Hence he desires to get a vehicle of his own.

For now, that dream is on hold as he said he is currently working with the bank to improve his credit so that he can take his fully registered business to the next level. Among his plans is to set up more 'Total Blend' spots across the island.

As for Taylor, she said that nothing beats working with her brother who returned home from Cayman about the time when she left school; perfect timing as far as she is concerned.