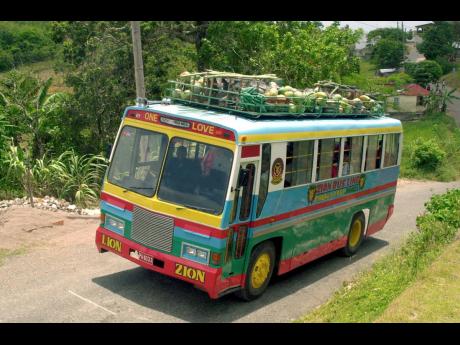 Remember riding buses like this in the country? Back in the days, these were the buses that were popular on routes in Jamaica. Inset: Oliver Samuels 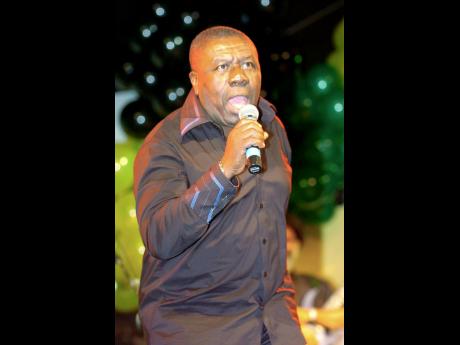 Iconic Jamaican comedian and St Mary native Oliver Samuels shared with THE STAR the last time he travelled on a country bus in 1969.

"I'm trying to remember the name of the country bus that I used to travel pon, but me cyah remember it. Anyway, when I came to Kingston to live, I had to go back to the country every weekend to see my ailing mother. I was coming to town to get medication for my mother and, my dear, it was a Friday," the comedian recalled.

"Look here nuh, the bus ram, the bus ram, the bus ram, and a whole heap a load deh pon di top. And when we reach just after we come out of outer Border,and heading round dem curve deh, and we get to a bridge ... just as we go over the bridge, I do not know what happened, and the bus, mi nuh know if it was swerving from something or what, but all I know is the bus rock on the side of the bridge where the precipice was enuh. And the whole a the higgler dem something pon top a di bus drop off!"

Samuels, who was born and raised in Harmony Hall, St Mary, gave out a hearty laugh as he remembered the incident that took place along the Junction road.

"I never know a suh much people live round dere suh. When you look pon people! People a come fi tief the people dem tings. It was chaos."

Samuels said that had it not been for the cries of one woman, the pilferage would have continued.

"I think one lady shouted and seh, 'Unuh unconscionable! A unuh own a country people and them who look likkle living and unuh a rob them suh!' And all of a sudden every people disappear."

Samuels said that was the last time he took a country bus.

"I take a oath there and then seh I will never travel pon one a dem big bus deh come a town again. And I have never done it. After that, I would just bum a ride, because people were quite generous there and then. I would bum a ride now to get to town; and coming back was easy, because you always go up by Constant Spring Road and bum a ride again. It was common practice."