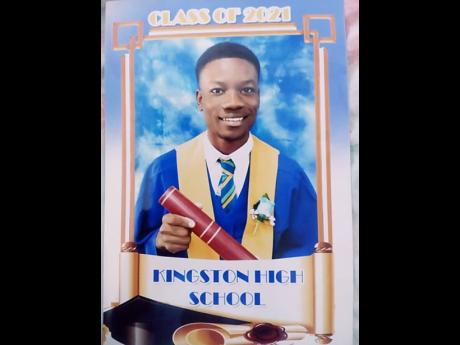 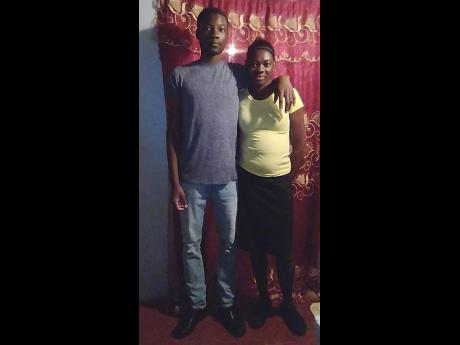 Seventeen-year-old Alix Bartley has always known that the best way to emancipate himself and his family from their circumstances was to get a good education.

Bartley attained six passes in the recent staging of the Caribbean Secondary Education Certificate (CSEC) examinations, which adds to the three passes he secured in grade 10. What is even more impressive is that Bartley achieved the feat while attending Kingston High, one of the least sought after secondary schools on the island.

In addition, the youngster had to navigate the novelty of the COVID-forced online school system.

"I feel proud because I hardly had any resources during my online studies. The phone that I had it was cracked up and even the Internet connection was poor because I didn't have any Wi-Fi to use at that time," Bartley told THE STAR.

With face-to-face interactions limited due to the spread of the novel coronavirus, students like Bartley were forced to utilise online platforms such as Google Classroom. The challenges were enormous.

"I had problems because when I was doing the work, sometimes the class would freeze and I could hardly see the work. At times you hardly could hear what the teachers were saying, so it was extremely difficult," said Bartley.

He told THE STAR that his determination to succeed led to him staying up throughout the nights as he prepared for his exams.

One of his teachers at Kingston High, Jacquiline Murray, told THE STAR "The impressive grades acquired by Alix Bartley is a testimony of his hard work and dedication and what can be achieved despite harsh economic hardships".

Alix recalls a period in his life when his family lived in very humble circumstances in Jacks Hill, St Andrew.

"We lived in this room, in like a basement we live, and every time when me come out a there so, mi just hate when we hafii go back," Bartley said while adding that he will stop at nothing to ensure his mother is able to live a good life.

Bartley's mother, Cynthia Watson, said she is beyond proud of his achievements thus far and knows he will do even greater things.

"I feel very very proud and I'm hoping and I'm praying that God will give him help so he can do the great things that are in his heart," the domestic worker said.

Bartley has ambitions of working in the marine industry.

"I like the marine environment and I'd like to work there," he said. "I want to open a business, it's called sub-port. It's something I was thinking of like transportation, but like under the sea, like with submarines. It innovative and that's never happened before, so I'd like to do that."

The 17-year-old has been accepted to pursue a Bachelors in Science in Supply Chain and Management Logistic at the Caribbean Maritime University. He is currently registered for classes but he has no idea how he will pay for them.

"I don't have the first dollar," his mother told THE STAR. "Alix father is involved in his life, he helped him financially in whatever way he can, but we need the help because we don't have the real financial source to fund the children to further their education. It's also difficult raising the children in this pandemic."

Bartley is the second of his mother's four children and is the first to matriculate into university.