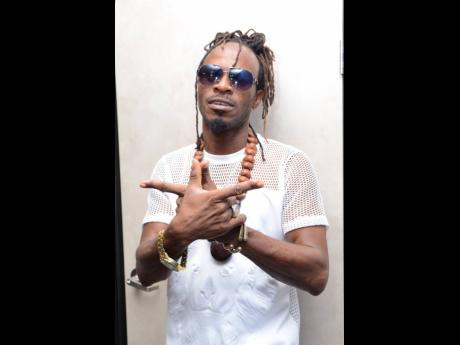 LA Lewis, the self-styled seven-star general, has described Christopher 'Dog Paw' Linton as a friend whose demise he is sad to see.

Linton, 35, who the police said was a known violence producer in sections of St Andrew, was killed in an alleged shoot-out with police on Monday. Hours after his death, Lewis paid tribute to 'Dog Paw' by way of an Instagram post.

"Sleep deep D.Paw all dogs go to heveen," a section of the post read.

Lewis said that he was not particularly close friends with Linton, and he has never have any bad experiences with him.

"At the end of the day, when me see him mi never see him pon none a him violent role or none a dem ting deh. Is a man weh always come cross, link me, and you know, more while me buy him a one bottle a beer and we talk and chit and chat. You know the regular ting as a Maroon emperor? The warriors dem a guh always come link you any time dem see yuh," Lewis told THE STAR.

As required by law, the Independent Commission of Investigations (INDECOM) has began its probe into the shooting death of Linton.

According to INDECOM, the police officers intercepted a vehicle along Golding Avenue, while allegedly in search of a grey vehicle with armed men. The intercepted vehicle had two occupants, a female driver and a male passenger. It was reported that the occupants of the vehicle were directed to exit the vehicle, when the male allegedly exited and pointed a firearm at the police officers.

The law enforcement officers fired in the direction of the man, who turned out to be Linton. He sustained gunshot wounds and was taken to the University Hospital of the West Indies where he was pronounced dead. A Colt .45 pistol was reportedly recovered from the incident scene. The female driver was not injured.

Lewis said that he is happy there were no other causalties.

"The realness is [that] is a badman enuh, so yuh expect seh when you buck up pon di police now yuh might win or you might lose. So, I'm always supporting my police force, but nevertheless me and Dog Paw, we were friends," Lewis said.

Lewis claimed that Linton, who was released from prison six months ago following a successful appeal against a criminal conviction, asked for his help to achieve immortality. He said that he instructed him to drink river water through his nose, but it was too late.