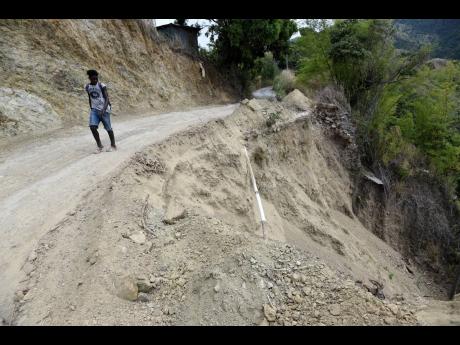 A man walks close to the edge of a breakaway in Bethel Gap, St Thomas. 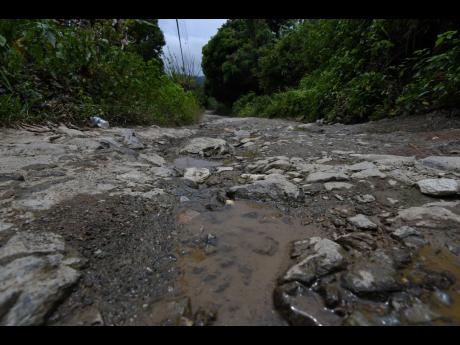 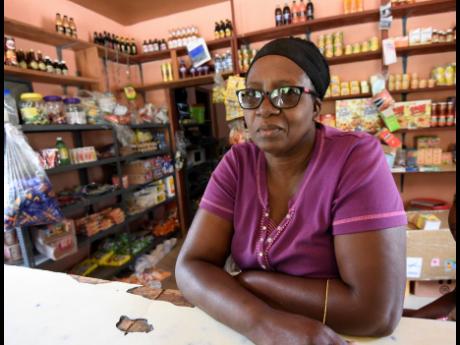 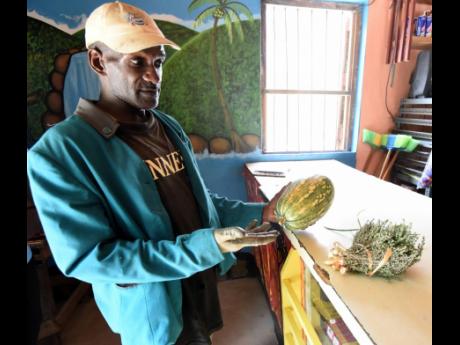 Delroy Crossdale wants the road repaired, if even just one mile at a time.
1
2
3
4

Travelling to Ness Castle, St Thomas, is not an easy task. The roads leading into the west St Thomas community are so bad, they can cause nausea at any time.

With meteorologists predicting an active hurricane season, residents are pleading with the authorities to repair their roads before the heavy downpour.

Delroy Crossdale, a 51-year-old farmer, said he would be appreciative if it is done even in small portions.

"Even if dem going to do it mile by mile then mi good, but if it a guh stay like dis, when a next heavy rain come, we going to be maroon again," he said.

"It is one way in and one way out because if the river come dung on the other side, we cannot cross. We gonna get trap in here if the rain fall or if one hurricane come. We have to go depend on a helicopter fi come drop something give we fi eat," Crossdale said.

The farmer said it now costs him more than triple the fare to take his goods to the market as taxi drivers have now refrained from travelling to the community.

"Normally, from here to Morant Bay market would cost mi $400, but now it can cost up to $3,000 because mi have to charter a vehicle. One time yuh used to have nuff taxi but now dem stop, suh if yuh really want to reach to Morant Bay, yuh better contact yuh taxi driver from overnight," he said.

Crossdale said that the bad roads are not only wrecking vehicles but also inflicting tremendous pain on persons who have to walk on them.

"Right now when mi a walk a bare loud noise mi knee dem a make. Mi not even like walk in water boots, but dis a di only ting that can prevent the road from brukking up mi foot dem," Crossdale said.

Had to pay a tractor driver

Donna 'Bubbles' Lamont, who has been operating a shop in the square of Ness Castle for over 40 years, said that the roads have prevented some of the goods trucks from entering the community. She said she recently had to pay a tractor driver to assist her in clearing a portion of the road in order for a truck to pass.

"I wanted a truck to drop off some materials, but it couldn't come because of the blockage so I had to pay the tractor. When the rain fall the place is like a river. The taxi dem stop at Bethel Gap because the road too bad. Right now we have to depend on just the one bus, or take a bike taxi. I'm wondering if the authorities have forgotten about us," she said.

She said one of the major reasons behind the flooding is the lack of a proper drainage system.

Major roadworks are taking place across sections of St Thomas under the Southern Coastal Highway Improvement Project, but this does not extend to Ness Castle. Under that project, the road from Morant Bay to Cedar Valley, which is located some six kilometres from Ness Castle, is being rehabilitated. However, Stephen Shaw, communications manager of the National Works Agency, indicated that there are no immediate plans for the Ness Castle road.

"We have a lot of areas like that that require lots of work, and we know where the issues are but the challenges are we barely have enough resources to address some of these things," he said.