Woman searching for sister since 2003 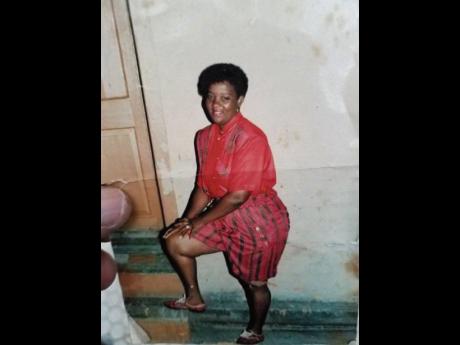 Salmon believes this is her sister Jacqueline Salmon.

A few weeks before her dad died in 2003, Shellion Salmon found herself sorting through his old documents, when she stumbled upon a photo of a young woman.

The photo had a note written on the back saying 'Happy Father's Day daddy from your daughter Jacqueline Salmon'. It was then that she realised she had a sister who was not her mother's child. She has been on a quest to locate her since.

"She look just like we, man, dead stamp of Daddy, so we know say a we sister. To know that I might have a sister out there somewhere who me never meet just don't sit right so me just wah know her," said Salmon, 42,. She said that she has tried various avenues but nothing has worked. However, after reading a story in THE STAR where someone found a long-lost relative, she decided to try again.

Based on information her dad Hubert Salmon gave her before he passed, he met Jacqueline's mother while working as a truck driver.

"My father was living in St Elizabeth but him used to work all over so he met her mother in Hanover or Westmoreland, one of them. I don't remember clearly," she said.

Hubert and Jacqueline used to communicate regularly via mail but he stopped hearing from her two years before he died.

"She used to write him a lot of letters and stuff like that when there were special occasions like Father's Day or stuff like that. When him sick him a tell we about her and a say him don't know where she is because a long time him don't hear from her," Salmon told THE STAR. "Daddy never really tell her age or anything like that but we know that she is older because me and my other sisters were the last set of children and he got her a little before us."

Though she is not sure if her sister is still alive, her wish is to also meet any children she may have.

"I'm not giving up on hope, maybe even a niece or nephew may see it and reach out," she said. "To finally see my sister or her children would make me so happy. I really want that day to come."

Anyone who knows the whereabouts of Jacqueline Salmon is being asked to contact Shellion Salmon at 876-394-0974.