Teen dies while going to pick up brother 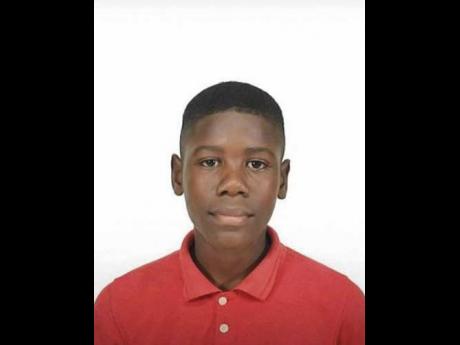 Two years after losing a brother to a mob attack, Romaine Miller is again sunken into a place of despair after another sibling, 14-year-old Devaughn Hollingsworth, died as a result of injures he sustained in a tragic accident along the Spanish Town bypass on Wednesday.

The disheartened Miller has been drowning into a sea of emotions since.

"I lost a brother already and it was a hard time for us and now to lose another especially at such a young age, it is not easy and I just can't seem to understand why this is happening," he told THE WEEKEND STAR. "I was at a garage in Red Hills when I got he call and I couldn't believe. I was so shocked. I left same time and drove over to the police station to find out what happened."

Reports are that about 12:41 p.m., a Toyota Succeed motor car and a Toyota Yaris were travelling in opposite directions. As both vehicles approached the intersection of Jobe Lane and the bypass, Hollingsworth rode onto the roadway and was hit by one of the vehicles. He was rushed to the hospital along with other injured persons. The youngster was pronounced dead and the others treated and released.

According to Miller, Hollingsworth was en route to pick up his brother from school.

"That was the first time him ever ask to take his little brother to and from school on his bicycle and this happen. Me just can't seem to understand," he said. "My mother and other relatives are not taking it so well, they are trying their best to keep up because this so sad and painful." The mother was too grief-stricken to speak about the sudden loss of her son.

Miller revealed that the most admirable thing about his brother was his drive towards being successful. However, that will not come to fruition.

"He was excelling in school because the first year he went to Eltham High, he came first in his class. I had high expectations of him. Out of everybody else I was expecting him to come out to something good because that is the type of energy he gives off," he said. "He didn't mention to me what he wanted to become, but I know he was going after big things."