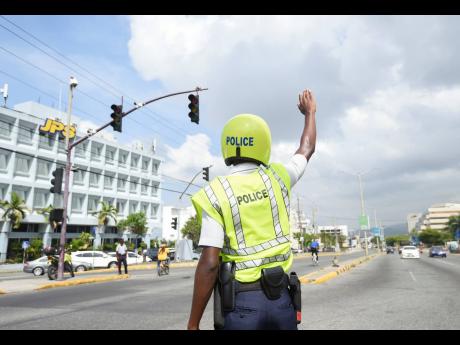 Head of the Clarendon police, Senior Superintendent Glenford Miller, has decried the attack on a police constable by a man identified as a vendor in the parish capital, May Pen, on Thursday.

The incident, captured on video, shows the policeman and a man in a tussle. The man attempts to relieve the policeman of his baton and pushes him to the ground.

According to Miller, the police constable was directing traffic in the thoroughfare when he gave orders to the man who disobeyed and subsequently attacked him.

"It is really sad to know that this is the way that the members of the public treat or respond to their police, and sometimes situations like these could have gone another way, and that is what we don't want. This could have been a fatal situation," he told THE WEEKEND STAR.

Citing the daily operations as challenging, Miller said his team remains relentless in maintaining law and order in the parish.

The vendor has since been taken into police custody and has been charged with dangerous driving, disobeying a constable's command, resisting arrest, malicious destruction of property, assaulting police, and assault occasioning bodily harm.