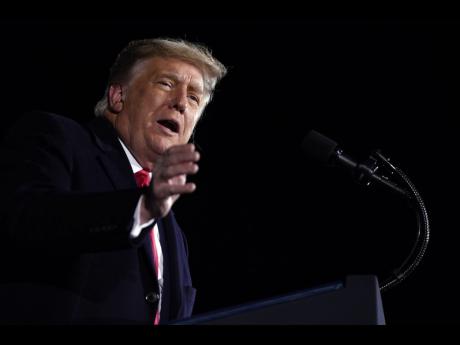 WASHINGTON (AP) — The Supreme Court on Monday formally rejected a handful of cases related to the 2020 election, including disputes from Pennsylvania that had divided the justices just before the election.

Other than the disputes from Pennsylvania, the justices’ decision not to hear the cases was unsurprising.

The court had previously taken no action in those cases and in January had turned away pleas that the cases be fast-tracked, again suggesting the justices were not interested in hearing them.

At the same time, the justices’ decision not to hear Pennsylvania disputes involving a Republican challenge to state courts’ power over federal elections continued to provoke strong feelings from some of the justices.

On Monday, three of the nine justices said the court should have taken up the issue.

“A decision in these cases would not have any implications regarding the 2020 election...But a decision would provide invaluable guidance for future elections,” Justice Samuel Alito wrote. Justice Clarence Thomas and Justice Neil Gorsuch also would have taken up the issue.

Thomas wrote that the court was inviting “further confusion and erosion of voter confidence” by not taking up the issue.