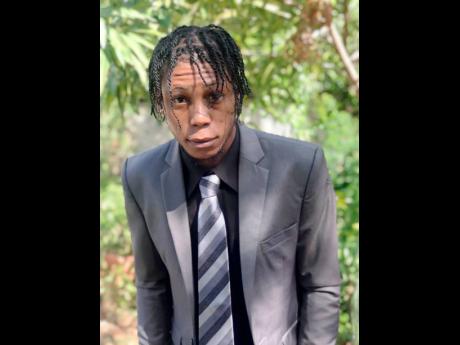 Only five months after losing her mother, 29-year-old Shanna-Kay Parks is again in grief, as her younger brother, Ceon 'National' Parks, was robbed and murdered in Spanish Town, St Catherine, last Friday.

"I still haven't accepted my mother's death, now my little brother, oh God! It's very hard for me right now," Shanna-Kay said. "Me can't even question certain stuff, but me just a ask myself why them kill my brother in cold blood. Him nuh deserve this."

The Corporate Communications Unit of the Jamaica Constabulary Force said that about 8:30 p.m., persons heard explosions in Quarry Hill, St Catherine, and summoned the police. Upon their arrival, Ceon, 23, and another man who is yet to be identified were found with gunshot wounds. They were taken to hospital where he was pronounced dead.

Shana-Kay told THE STAR that Ceon barely ventures from his Quarry Hill home,

"Him nuh trouble people. Him always inside the house a write music all day, every day. The night him get killed a me father ask him to go buy food, and when we hear the shot we start call his phone and nah get no answer," she said. "Me father decide to walk out and look for him, only to go see him lay down beside him bicycle. Him not even reach the food shop."

Shana-Kay said the moniker 'National' is the name Ceon associated with the entertainment aspect of his life. She said he had dreams of becoming a dancehall artiste.

"My brother loved music. Sometimes him deh home just a make rhythm and DJ then him post them YouTube, because that is how him get content out," Shanna-Kay told THE STAR. "Him go to a studio same place in the community and him go and do recordings." He was a fan of popular dancehall artiste Govana, she revealed.

"He normally wear him hair like Govana and he had a special love for him, it was someone he looked up to and because he is from the Spanish Town, too, that played a part," she said. "But all of him dreams and everything he wanted just gone so because he is not here anymore."

The Spanish Town police are probing the murder.