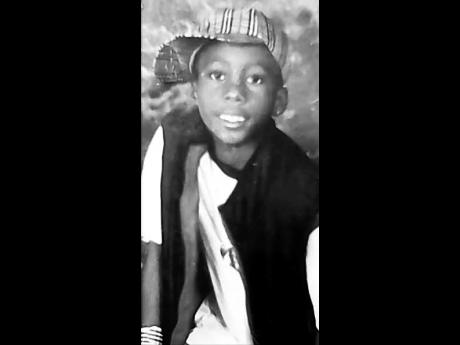 A St Catherine woman who claims that she gave a friend her four-year-old son to keep because of financial hardships has been trying to find her now 23-year-old child.

Janet Lyons said she left her son, Ushain Jugman, with a friend in June 2001. She said that they agreed that Ushain would be returned to her when her financial fortunes improved.

Ushain was born at the Spanish Town Hospital on February 5, 1997. Lyons, 47, said she met the woman when she took an ill Ushain to a herbalist in Central Village, St Catherine.

"I took him to the Spanish Town Hospital, but when he came out he was still very sick so I brought him to a healer woman," she said.

Lyons, who was an unemployed 27-year-old at the time, said that the woman is related to the herbalist.

She told THE STAR that she was facing challenges to provide for Ushain and her three older children. The other children were staying with a family member at the time.

Being poor is really a crime

"Being poor is really a crime and is now mi know. At the time that I left my son with my friend I was bouncing around, and never had nowhere to stay," Lyons told THE STAR. "I wasn't working, me never have nothing for myself, so I was just trying to make a better life. Me leave him with the last money I have to go look a work, but a the worst thing me do."

Lyons said after two weeks she returned to retrieve her baby, but found neither Ushain nor the woman. All attempts to locate Ushain have failed.

"I went back to the house she was living and she moved, and her phone number, everything changed. I still can't believe I foolishly allowed my son to stay with them," she told THE STAR. "At times I'm numb when I think about it because losing a child is not easy. It's been years but I can still remember his little smile, and the last time me hold him. It's not easy."

Lyons is hoping to reunite with Ushain and have him meet his siblings and other relatives.

"I'm heartbroken because me miss out of all of my son life. My son, if you see this, please reach out to me. I love you, please do not believe the lies you were told while growing up. I pray to be connected with you again, son," she said.

Deputy Superintendent of Police Dahlia Garrick is urging Lyons to report the matter.

"If she thinks the police can assist in anyway she should make contact with us. It would have to start with us getting a full appreciation of what initially transpired so we can determine how to proceed," she said. "Once she put out the child's name and any address it can help if those haven't been changed."