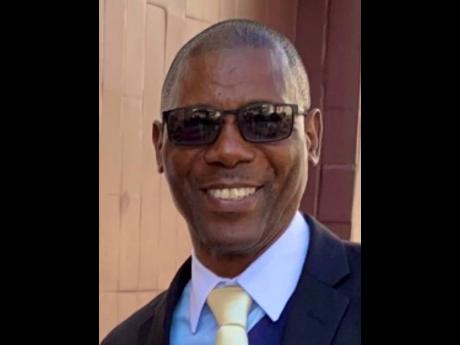 The family of Irvin Brown, former councillor of the Fellowship Division in East Portland, is struggling to accept the reality of his untimely passing on Tuesday.

Brown, who was 61, passed away shortly after 9:30 a.m. in the Intensive Care Unit at the University Hospital of the West Indies (UHWI), where he had been hospitalised for the better part of three weeks. He was also diagnosed with the dreaded COVID-19.

Bereaved family members, including Oniel Brown, his only child, was in a sad mood when THE STAR contacted him via telephone at his home in Windsor district in the Rio Grande Valley, Tuesday night.

A shocked Oniel, 37, told THE STAR that while in hospital, his father assured him that he was going to fight his illness and that he was expecting a full recovery.

"I never get the chance to visit him at hospital in Kingston, as he was in isolation and was under quarantine," he said.

"The first sign of illness was when he started coughing and it would appear to me that he was feeling some level of discomfort. I encouraged him to visit the Port Antonio Hospital, and I accompanied him," he said. "Tests were done and I think that was the stage where he was told that he had COVID-19. He then started complaining about short of breath, and he was later transferred to St Ann's Bay Hospital." He was later transferred to the UHWI.

"My father is a loving man, who treats everyone like his own. He is always willing to help and he always go the extra mile. He was somebody to be loved. It is not easy losing my dad, and I am not sure how or when I will recover from this," he said.

Brown was first admitted to hospital following the September 3 general elections. The councillor, who won on a Jamaica Labour Party ticket in 2016, was reportedly affected by other underlining illnesses.

Meantime, Member of Parliament for East Portland, Annmarie Vaz, issued a statement through her office stating that she was devastated at Brown's passing, and that she shared a close relationship and deep love for him. She said Brown was truly committed to improving the lives of the people.