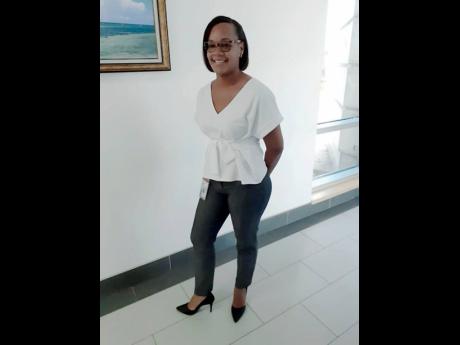 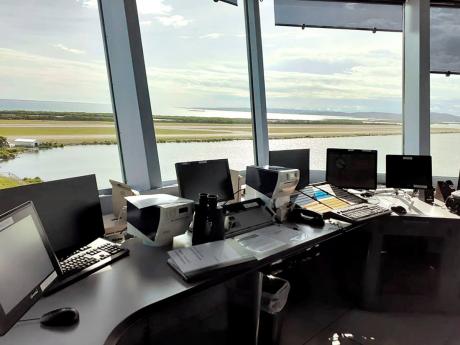 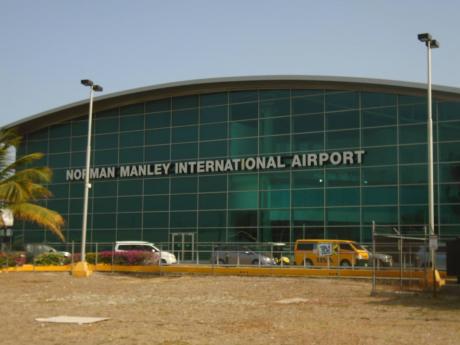 "There is just a misconception by persons that think the wing walkers are air traffic controllers. A lot of people don't know who we are or what we do and the respect is not there," Anna-Kay Belcher told THE STAR.

Belcher is an air traffic controller at the Norman Manley International Airport (NMIA) in Kingston, who has been monitoring the orderly flow of air traffic since getting her licence in September 2014.

"At age seven, the first time I travelled, I went to the airport's waving gallery and I was just amazed by the aeroplanes. From ever since, I would always go to the airports just to see the planes," she said. Wing walkers or marshallers are those persons who, literally, "signal the plane", and can be seen walking alongside the wings of an aeroplane.

However, as imperative as her job is, Belcher believes most persons do not know what it entails.

"As much as how you would have the same scheduled flights every day, no two days are the same. Every day is different and for me going to work is never a burden, I look forward to going to work. I really love what I do," she said beaming with pride.

Belcher has a degree in land surveying and geographic information systems from the University of Technology, Jamaica. But she became a controller after she completed five months classroom training and six months on the job training with the Jamaica Civil Aviation Authority. Her innate skills of confidence, being observant, being stern and being a great team player help to make her good at her job.

"You don't have a stop light in the air, so I have to be the one ensuring that no one is going head-on and an aeroplane can't press brake in the air so ... We have to ensure safety in the air, getting persons and goods around safely," she said.

When the novel coronavirus caused a shutdown of commercial travelling, her workspace changed completely; the usually bustling and active airspace quickly turned into a ghost town.

"I love when it's busy, when we have a lot of flights coming in and out. I actually look forward to the summer. But when we had the lockdown and you realise there was nothing happening, we had one or two flights coming in for the day, it was just an eerie feeling," the St Ann native explained.

She said that despite things not fully getting back to normal, there is still work to be done.

"There might be a downturn now as with most other industries that are affected directly or indirectly by COVID-19, but there is still a need for air traffic controllers and we will bounce back," she told THE STAR.

The Westwood High alumna enjoys the nocturnal nature of her job and has no intention of giving up her 'first class ticket' anytime soon.

"Before I went into the job, I knew it was a shift job and there are times when I would be working nights. It's just the love for me and my body has adjusted to the shift system," Belcher said. The 30-year old said her future plans is to move to up the ranks as "there's nothing else I want to do."