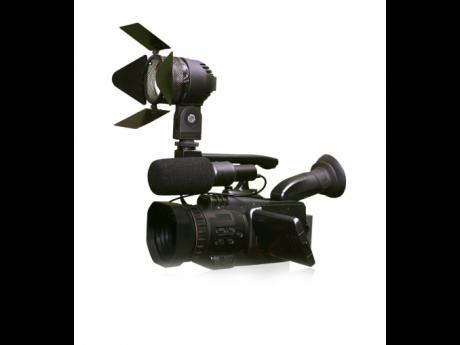 A video of what appeared to be a kidnapping attempt, which the creators say was intended to be informative, has drawn the ire of social media users and the attention of the police.

The video, which was posted to a YouTube channel belonging to two teenagers, Tish and Nathaniel, has since been removed for violating the platform's harmful and dangerous content policy.

The teens said the 'prank' was intended to be informative, as young women should be aware of their surroundings at all time.

"The prank was actually acted out. It can teach other persons. As you can see when I was walking, I was looking. Persons, young girls, should look around and know them surroundings. That was the whole idea," Tish told THE WEEKEND STAR.

In the video, she is seen walking along a roadway, when a masked man approaches her and a vehicle stops. The man then covers her face and holds what appears to be a gun to her head and forces her in the vehicle. There are two other men in there, one of whom seems to be her boyfriend. Tish, seemingly scared, can be heard screaming "Please, stop! Oh God, please stop!". The men tell her to be quiet, while having her in a choke hold. One of the 'kidnappers' asked "Yuh want me kill yuh? Stop yuh bawling."

The driver then asks her if she knew where Nathaniel was. "Me nuh like yuh man, enuh. Start talk, enuh. Him tek weh we client. Yah go dead fi yuh man, enuh. We a go dash him weh over dat pit," he says. He then parks the car and the men begin laughing. One points a camera at Tish asking her to acknowledge it.

"Hey look here, it's a prank. Yo she a bawl people. Big up my chargie dem," he said.

Social media users disapproved of the video, stating that kidnapping is no joke. Tish said she wasn't expecting the video to receive such backlash.

"We never know it would've reach so far and then people start comment bad things. Them nah look pon the other side, them just a bash we. We never know it was going to be like that," she said.

The Jamaica Constabulary Force (JCF) released a statement on Thursday, condemning the production and circulation of such content, "particularly at time in our society when such matters are a significant national security concern".

"The case in mention is currently under investigation. The JCF is warning social media users that there are legal implications of such activity under the Cyber Crimes Act. When brought to our attention, we will enforce these laws," the body said.