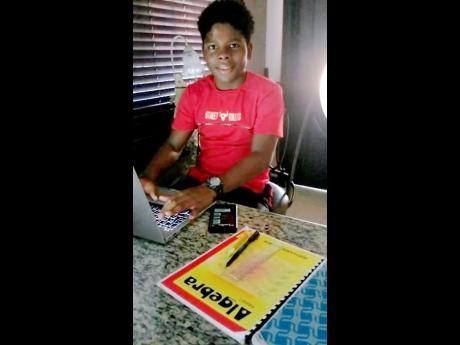 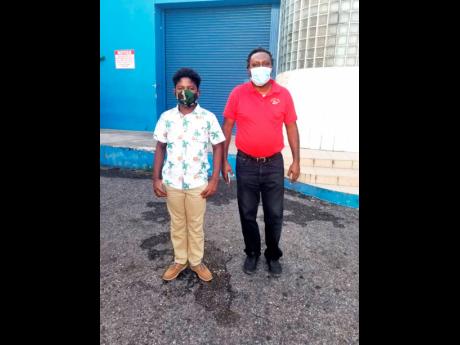 While older students had trouble with the mathematics in the Caribbean Secondary Education Certificate exams, Joshua Gayle, 12, passed with a grade two.

But the Cornwall College grade seven student isn't stopping there. His plan is to attain a distinction in the future.

"I am elated to know that at just the age of 12, I got a two which is such a good grade. This is a great achievement for me. I am sure that I will get the one next time. As time progresses and I learn new things and mature, I am 100 per cent sure that I am going to get the one," he said. "The exam for me was great. I was a bit nervous to enter the exam room at just the age of 12 and attempting the exam."

His sister Shimmitha Turner said she was exuding nothing but pride and joy.

"However, was I surprised? No. Greatness runs through his veins," she told THE WEEKEND STAR.

Turner said her brother sat the exam merely out of curiosity and the need to keep the competitive spirit in their household alive.

"I sat the exam for the first time in the grade eight where I received a grade two, so Joshua sat it in grade seven where he also received a grade two. I re-did it in the 11th grade where I received grade one, straight-A profile and Joshua will do the same. He was under no pressure to do it, he balanced this all whilst being the top student in his form class at Cornwall," she said.

Joshua was the youngest student in a private tutorial group that had to be moved online because of the COVID-19 pandemic.

"He had the most amazing math teacher, Richard James, who worked with him in a small tutorial group and Joshua would always be early and he would pay rapt attention in class. He also had the support of myself and his parents. But most notably our mother, Sidonie Frater-Gayle, would work assiduously to ensure that Joshua stayed motivated," Turner said.

And so, he was challenged to navigate the ins and outs of online learning.

"This was alleviated by the resources provided by his tutor, in the form of mathematics booklets and a YouTube channel also created by his teacher, where videos were provided of him teaching using a whiteboard so Joshua quickly overcame the challenge," she said.

Joshua, who started primary school at age five, currently swims for Cornwall College and is learning to play the saxophone. In the future, he wishes to specialise in the sciences and pursue a career either in the medical or engineering field.

James, Joshua's tutor, told THE WEEKEND STAR that he is the youngest of his students to have passed the subject in his 23 years of private work.

"Others took the exam and passed it at age 12, but he is the only one who started at age 11," he said. "He acted more mature than most of the students in the class ... even more mature than some who were already out of high school. His speech was still like a regular 11-year-old, but his action, temperament and overall presence in the class was like a person well beyond his age."