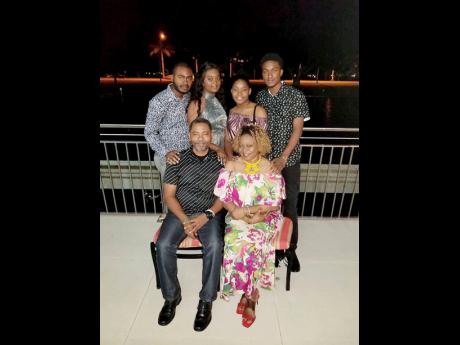 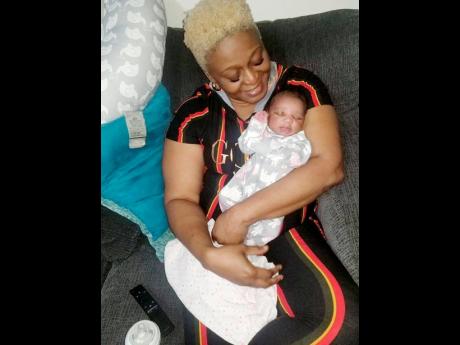 Judith and her granddaughter Blessyn. 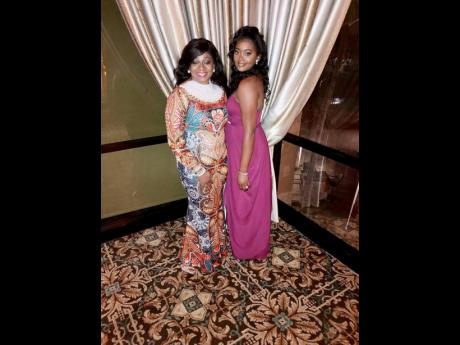 They also anticipated seeing their son, Jahleel, collect his bachelor's degree in marketing at his virtual graduation ceremony at the University of the West Indies, Mona, in October.

However, their plans were short-lived as Judith, 52, passed away on Sunday at the University Hospital of the West Indies. She had tested positive for COVID-19. Her death came just a day after Xanthe celebrated her 17th birthday.

Judith had served as director of administration and special services in the Office of the Prime Minister (OPM) since 2016. She was first employed at the Ministry of Transport before changing lanes to the OPM where she was in charge of projects that needed renovation and planning functions.

Her husband, Leighton, their four children, Kishauna, 33; Leighton Jr, 29; Jahleel, 23, and Xanthe, and her only sibling Donna, all said that it is Judith's infectious laugh, her bubbly personality and her drive for knowledge that will dearly be missed.

Leighton and Judith were together for 35 years, a friendship that began during high school. The Kingston College old boy said he had always admired the Alpha Academy graduate. "From 1984 we have been together, ever since it has always been Judith and Leighton," he said.

Prime Minister Andrew Holness described Judith as "a hardworking and diligent member of the OPM family". Leighton said his wife was a devoted Christian, determined and strong-willed who enjoyed planning events.

"I think that's why she ended up in the job she was in because she loved planning and preparing. She really enjoyed those stuff and she was one in the family to call for those things," Leighton said. Hearing of his wife's death had him in a state of shock, and left him questioning 'What am I going to do now?'

"We spoke over the phone while she was in the COVID ward and every chance I got, I told her I loved her. She was everything to me and the children," he shared.

He said he is going miss coming home in the evenings, and being welcomed by her shouting his name. "I just miss everything about her. All the hiccups don't mean nothing to me. She was the perfect person for me," said Leighton.

She was a motivator

"She was a fighter, she was a motivator to everybody, and she was always there for us. Whatever you wanted to achieve, she will push you to get. That's just who she was," said Leighton Jr. He said his mother was family-oriented, who took a very keen interest in Christmas celebrations and her cooking skills would be missed from the table this year.

For Kishauna, her mother was very stern. "She didn't tolerate nonsense and would encourage us to take our education seriously and strive for success. She went above and beyond for us, even when we were undeserving, she still made sure to get it for us," she shared, with her voice shaking.

Kimmy, as her mother affectionately called her, was moved to tears as she reflected on the fondest memory she shared with her mother. "When I gave birth to my daughter, she came (overseas) and spent her time with her. My baby right now is her everything, that's her world, her pride and joy. She named her Blessyn," Kishauna told THE STAR.

Judith's only sister, Donna, was on her honeymoon when she heard the news of her sisters death. "I got married on Thursday, and she watched me get dressed. I was breaking down and she tried everything to get me to laugh. She called back in the night after the wedding to give a toast to me and my husband, but I wouldn't let her do it because of how she sounded, but then she said she'd send it in a voice note, which I didn't see until last night (Monday)," she told THE STAR.

The voice note was filled with words of encouragement and ended with the words "You're my little sister and I love you." Donna said those are the words she will miss hearing.