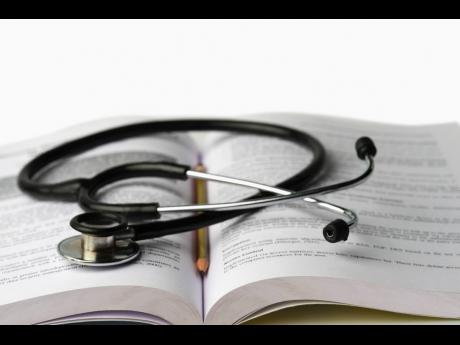 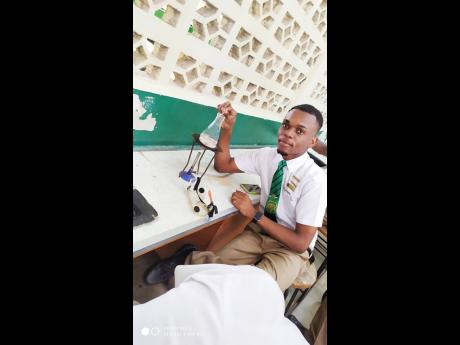 Determined to become a medical doctor, 19-year-old Delmar Squire must leap the $4-million hurdle which stands in his way. Squire told THE STAR that though it seems a bit far-fetched, he is hopeful that he will be able to raise the funds by the end of the month.

"I really don't know where the funds will come from. All I have right now is God and faith," Squire said. "I had started a GoFundMe [account], which was able to help me pay for my commitment fee and documents that were crucial to my med application." Classes have already started but as they are recorded, he can catch up.

Squire's acceptance letter, seen by THE STAR, showed that he was accepted to read for a bachelor's degree in medicine and surgery at The University of the West Indies (UWI) Mona campus. However, he will be required to pay the full cost for the programme as he was unable to secure a place in the degree programme, which is sponsored by governments of the region. Students in the sponsored programme pay 20 per cent of the economic cost for the degree.

"When I spoke to the dean of Med-Sci (Medical Sciences) he told me that my grades are good, but there were no more government-sponsored spots," he said. "Once I accept to the option to finance myself, I can't get a government sponsor." Squire told THE STAR that "I'm not much worried, because God will move mountains. If I'm not willing to take a risk, it means I'm not hungry enough for it".

But time is not on Squire's side. The deadline to enter into an approved payment plan for semester one is this Friday, September 25. Late fines will be applied to outstanding balances starting October 1, and October 2 is the deadline for students to either drop semester-one courses, or request a leave of absence.

He needs to pay $2 million to be able to start the programme. The GoFundMe account that he set up over a month ago to assist in raising US$30,000 (approximately J$4.2 million) has so far seen US$483 (approximately J$68,600) being raised. Squire is still confident that he will get the help needed to pay half the fees for this semester by Friday's deadline.

"Yes it can happen, I'm being optimistic, and once God is in the midst it can happen," he said. The Calabar old boy believes that God will come through for him again as he did when he was in high school.

"I got through high school because my guidance counsellor helped me to get a scholarship for tuition, and then the church stepped in and gave me another scholarship, which got me food during the days. Those helped me a lot along the way and I've come this far; someone will come through again," Squire said.

Squire, who resides in Waterhouse, St Andrew, revealed that his current reality and other personal ordeals contributed to him wanting to venture into medicine.

"Right now I'm living in a Food For The Poor house with my grandma because our family house burnt down in 2013, and then another house we were staying burnt down in 2017. My dream is to be able to give my grandma a better life," Squire said. He also recalled that after his aunt died in 2017 from renal failure, he got the interest to know about the body.

"My mother was sick at the time and it pushed me even more, because seeing persons around me sick was not a good feeling," he said. "My big brother was also killed in March and that made me want to venture into medicine as well. I want to save lives."

Squire's mother does not make much from teaching; furthermore, those earnings have to suffice for his four siblings and her medical bills.

"The dean said he is not sure if anything might change by next year, because last year they had to double the scholarship based on the number of students," he said. "I was hoping they did it this year because a lot of persons were affected by COVID; but to be honest, I just want to start."

Delmar Squire may be contacted via telephone at (876) 449-4563. Donations can be made to his GoFundMe account: https://www.gofundme.com/f/5kxja6-help-me-to-become-a-doctor