‘We can’t live like this’ - New Haven residents flooded again 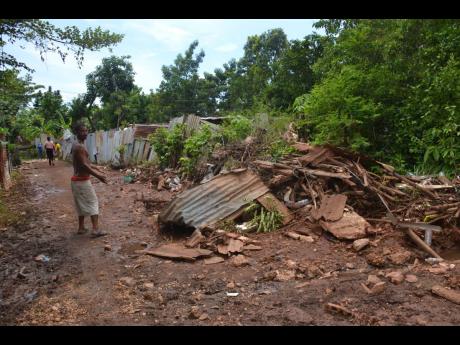 When the waters come, they bring all sorts of debris. 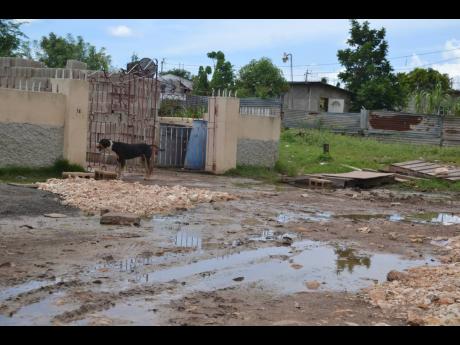 Residents have to contend with muddy streets again after heavy rains brought high water rushing through their dwellings over the last few days. 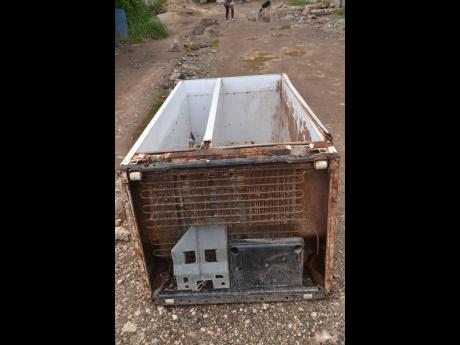 This is one of the old fridges that Harris says was washed into her yard. 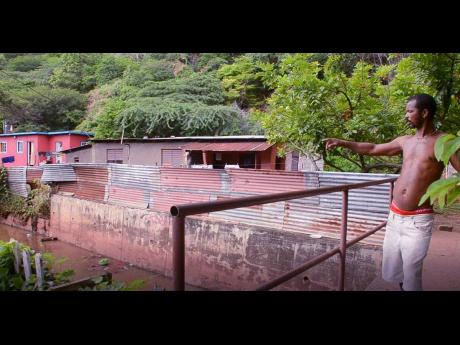 Audley Whitely says that whenever it rains heavily, the Duhaney River easily overflows its banks.
1
2
3
4

She said that even if there is just a drizzle, her home will be flooded again, and the water may rise as high her waist. That fear is shared by residents of Sheritton Avenue in New Haven, Kingston 20. When the news team visited the area yesterday, the residents wore faces of frustration.

For the past few days, heavy rains have created havoc in their space, making their homes extremely uncomfortable.

"Right now is two fridge wash way, lick dung mi gate and just park up in a mi yard and is not Courts send it fi mi. All now mi not even clean out because as mi wash out the house and the rain drizzle, everywhere flood again. Right now I have to put my bed on blocks to raise it, and in a di week when di heavy rain fall, mi bed almost get cover with water. Mi just have to sit on the bed and don't move. We can't live like this," Harris said.

A section of Harris' yard is now a swamp, and the situation is no different for her neighbours. The root of the residents' problems lies with the Duhaney River that, according to them, overflowed its banks at least four times last week. They said the river has not had a proper cleaning in more than a decade and is filled with debris.

Audley Whitely, who has lived in the informal settlement since he was a baby, said he and others are suffering.

"Mi say di odda day when the rain done fall and mi act brave and step outside, the dirty water reach up to mi 'privates'. Mosquitoes kill we a night-time because the water stagnant," he said. "Every single piece a rubbish just park up in the gully so the water can't run free. Is not like a we a dirty it up because although we live in a board house, we clean. But rubbish a come from everywhere and just back up one place, so when dat happen di water just borrow we yard fi run." Whitely is also concerned about the health risks posed by the mosquitoes.

He is pleading with the relevant authorities not to forget them much longer as their living conditions are becoming worse with each droplet of rain.

"See dengue start go round again and is whole heap a children live here. We cannot survive a combination of corona and dengue, nuh dead dem wa we dead out," he said

New Haven falls in the West St Andrew constituency, which is represented by four-term Member of Parliament (MP) Anthony Hylton. He told THE STAR that the poor drainage system has been a long-standing issue, and he has written to the Government more than once to rectify the situation with the Duhaney River.

"The Government has to be held responsible because they are well aware of the problem. Adequate representation has been made and I, as MP, have brought it to the attention of the Government and advocated for something to be done on several occasions. I have several letters that I can share with you that I have written, that this matter needs urgent attention," he said.