Policemen to be honoured for ‘suicidal mission’ 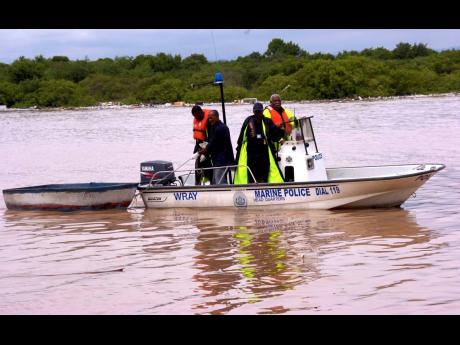 "A suicidal mission" was how a senior cop described the plan that saw six Jamaican lawmen brave stormy weather to travel to Honduras to retrieve a vessel stolen from the Jamaica Constabulary Force (JCF) in December 2016.

Two of the six, District Constables Basil Fuller and Sean Pierre, will receive the Badge of Honour of Gallantry at the National Honours and Awards ceremony on Heroes Day, October 19.

Sergeant Everton Reynolds of the Marine Police, and Deputy Superintendent Gary Chambers led the operation. The men were acting on intelligence that Hondurans had stolen the vessel.

They were also in contact with the Honduran police who would meet them at sea with the vessel. Reynolds recalled that the dangerous mission took several months of physical and mental preparation.

"We would make some dry runs on the California Bank, which is about 15 miles south of the Kingston Harbour. Once you can survive there with your vessel, chances are you can survive in any sea," he said.

Nothing could prepare them

But nothing could prepare them for their journey in the vessel they used. Reynolds said the boat was meant to only carry three people.

"There were drums with fuel on it as well as food and other items. We had very little space on it so right where you stood, that was where you would take a nap," he said. Approximately 30 miles into the journey, the sea got rough.

Reynolds said that when they finally reached the scheduled rendezvous point, they were unable to contact the Honduran police.

"It was the US Coast Guard that made the contact with them for us and it took another hour for them to meet us and make the transaction," he said. Reynolds said they decided to tow the boat back to Jamaica, but visibility was poor.

"One of the times, it was nowhere to be seen. By this time there were mountains of waves on the sea. We had to turn around in search of it in the dark. We travelled for about half an hour before we spotted it. Two of the officers had to then leap into the sea to go to the other vessel to reconnect the tow lines so we could tow it again," Reynolds said. The crew soon ran low on fuel but their prayers were answered as crew from another vessel assisted.

"By the time we get to shore, our skin was shrivelled and we were so cold. We were on the sea for two days which was longer than we originally planned. We had been through hell and back and we were just happy that the mission was accomplished and we were back in one piece," he said.