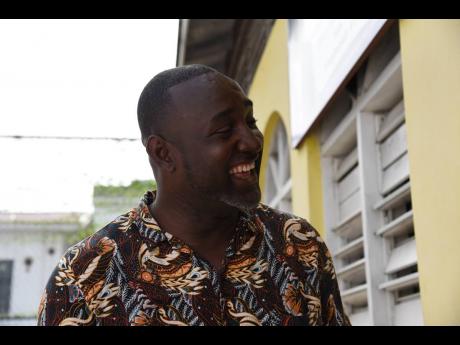 Dr Dayton Campbell, the member of parliament for North West St Ann, has welcomed the allocation of $15 million to repair the Brown's Town market in his constituency. The announcement comes as Jamaica prepares for a general election.

Campbell's seat is among those being targeted by the governing Jamaica Labour Party in the run-up to the polls. The second-term MP is being challenged by Krystal Lee of the JLP.

"We know that it is part of the election machinery, but we're still happy for it nonetheless," Campbell said. "As a matter of fact, we wish we could have more allocation or even more election spending, so we could get more allocations. My duty is to advocate for things for the people and whatever way, shape or form it comes in, we appreciate it and we welcome it."

Minister of Local Government and Community Development Desmond McKenzie has pledged $15 million towards the rehabilitation of the market, which is used by some 700 vendors. He said that $7 million would be made available immediately to commence repairs on the bathrooms, flooring, leaking pipes, among other works.

"This is a popular market in this part of the island. It is a market with tradition that has a registered population of over 700 vendors between the ground provision and the haberdashery market. I am really not satisfied with what I have seen, and there is no excuse for the condition that the vendors are operating under," McKenzie said.

The maintenance of markets is a responsibility of the municipal authorities. The St Ann Municipal Corporation is controlled by the JLP, and Brown's Town, a traditionally strong PNP area, was won by the JLP's Kim Brown-Lawrence in the last local government elections.