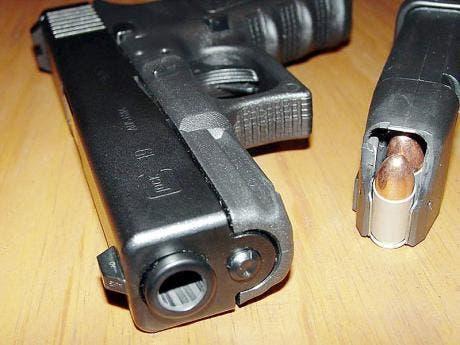 The St. James Police continue to reap success with the seizure of several firearms and ammunition during an operation in the Hendon area of the parish on Wednesday, August 05.

Six persons have been taken into custody.

Reports are that about 6:00 a.m., a team of officers went on an operation in search of wanted men in the area. A house was searched and one Taurus 9mm pistol fitted with a magazine containing eleven rounds of ammunition and one black and chrome 9mm pistol were found.

The team conducted follow-up operations at a cook shop in the community were another search was done and another firearm —a Glock 9mm handgun and seven 9mm rounds of ammunition were found.

The identities of the persons taken into custody are being withheld.

The police are appealing to persons with information about wanted men and/or firearms to contact the nearest police station, Crime Stop at 311 or the Police 119 emergency number.