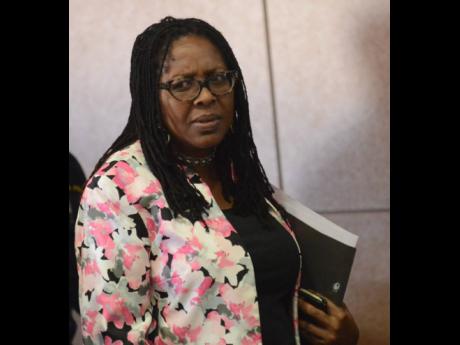 Angela Brown Burke has asked for more areas in her constituency of South West St Andrew to be declared Zones of Special Operations (ZOSO).

The opposition lawmaker said that her area needs more than boots on the ground to ensure its transformation and development.

She said that neighbouring communities along Maxfield Avenue, Payne Avenue and Majesty Gardens could do with the security measures that also target social intervention and upgrading of the physical infrastructure in communities.

"I say that, even though I know I run the risk of people saying 'me craven', that I have one in Greenwich Town and here I am talking about others," she said.

The member of parliament said that the St Andrew South Police Division is a tough place that requires intervention to ensure that residents feel safer in their communities.

Greenwich Town and August Town join Mount Salem in St James and Denham Town in Kingston as ZOSO areas; the latter two have been under ZOSO for more than two years.

"These communities (referring to Greenwich Town and August Town) have experienced an escalation in murders and shootings, largely perpetuated by the presence of gangs," Chang said.