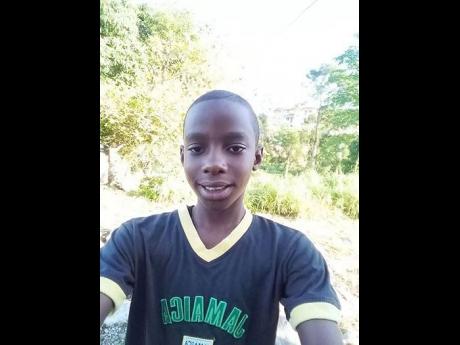 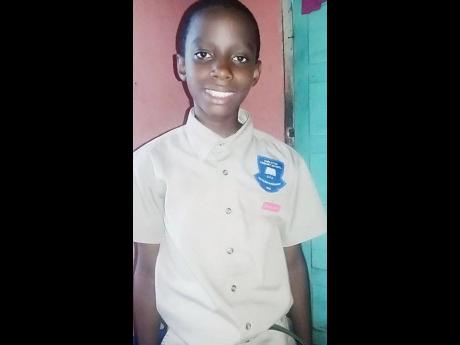 The family of D’Vaughn Palmer has been in a celebratory mode since the 11-year-old boy was placed at the Clarendon-based Glenmuir High School last month.

Berbeth Grant, the boy’s grandmother, said that success was no easy feat as he struggled emotionally following his mother’s tragic death in 2017. D’Vaughn’s mother, 26-year-old Amanda ‘Manda’ Reid, was found dead in Trinidad under questionable circumstances. Reid left Jamaica in April 2017 to work in a restaurant but met her demise in August, a day before her son’s eighth birthday.

“It’s sad! Manda leave Jamaica to make a better life fi har family because is a girl weh nuh like depend pon people,” Grant said. D’Vaughn was left as an orphan as the father died when he was only four months old.

Grant, who works as a vendor in Westmoreland, transferred her grandson from the Alley Primary School in Clarendon to Darliston Primary in Westmoreland, as his care was entrusted to her following her daughter’s death. She said that providing for him was a struggle.

“Mi never have the money to buy D’Vaughn textbook in grade 4. A D’Vaughn teacher buy him one and a next girl in the community buy a next one. Grade 5 now mi never have no money at all, not even to buy D’Vaughn a suit a khaki, and it beat mi so much. Sometimes a the dead money mi have fi cook and a it mi take and give him go school,” Grant related.

“Mi never have a dollar to buy him a textbook in grade 5 either, but D’Vaughn go so, bap! Honour Roll in grade 5 without a textbook. Then grade 6 mi see D’Vaughn come, head boy badge pan D’Vaughn clothes. Mi jump and say thank you, Jesus, who could it be but you?!”

Glenmuir was D’Vaughn’s first choice. When he heard that he earned place in that school he was over the moon. “I feel happy and excited. I’m proud of myself.” The boy, who has dreams of becoming a pilot, described his grandmother as “my everything since my mother passed away. She’s my counsellor, my nurse, everything … she’s just my everything.”

A super proud Grant looks towards the start of the new school term with joy, mixed with trepidation. She is proud of D’Vaughn but is worried about how she will be able to send him to school.

“Right now, mi coming back to Clarendon and mi don’t even know where I am going to live,” shared Grant, who vacated the Clarendon home she rented in 2017.

D’Vaughn’s godmother, Dahlia Scott said, “I would love if he gets some financial help because we all see the potential in him. The teachers say if it wasn’t for the COVID, he wouldn’t have hands to take home awards (from graduation).

With no final Primary Exit Profile (PEP) exams held this year due to the coronavirus, sixth-graders were assessed using the Grade Four Numeracy and Literacy exams sat in 2018, the grade five performance task exams of 2019, as well as the ability test done in February this year.

Anyone willing to assist D’Vaughn may contact his grandmother, Berbeth Grant, at 876 866 1297.