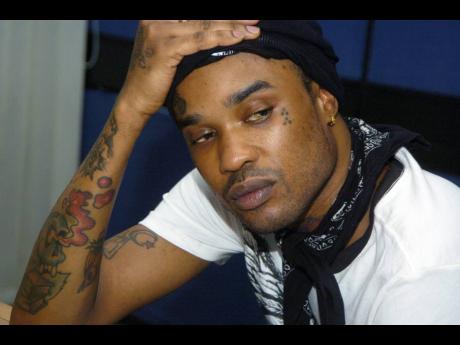 Controversial dancehall artiste Tommy Lee has until noon today to report to the Freeport Police Station in St James, and amid heightened media interest, his management is asking that the artiste's privacy be respected.

Tommy Lee's manager, Nicole Tablan, of Boss Lady Muzik, said she was unable to answer any questions from THE STAR, but emphasised that she "will be doing what's best for the artiste".

Tommy Lee is reportedly wanted for questioning about an upsurge of violence in Flanker in St James. The Not A Badness deejay, who hails from Flanker, has travelled this road before.

In June 2016, he was listed as a person of interest by the Kingston Eastern police in relation to a shooting incident, and in January 2017, he was wanted for questioning by the St James Police Division in relation to incidents, also in Flanker.

The deejay was cleared of lottery scamming charges in 2018 in the Home Circuit Court in downtown Kingston after a judge upheld a no-case submission made by his lawyer.

"Violence is not the solution! Unity will make our land a better place. Speedy recovery bro @ryginking! Blessings goes out to you and your family," Tommy Lee wrote in a post on Instagram last week.

From as far back as 2017, Tommy Lee has made it a point to address gun violence. He used the Reggae Sumfest stage as a platform to call for an end to the wave of crime and violence in Montego Bay that year.

"Big up every youth inna MoBay. Wi seh one MoBay. Have respect for each other. Ease off a di heap of killing and the bag of violence, yuh zimi. One MoBay, one Jamaica, one world, peace out," he said at the time.

Earlier this year, Tommy Lee's six-year-old daughter was among seven persons shot in the second city. The child was shot in the arm in Flanker during an incident that claimed the life of an eight-year-old boy.