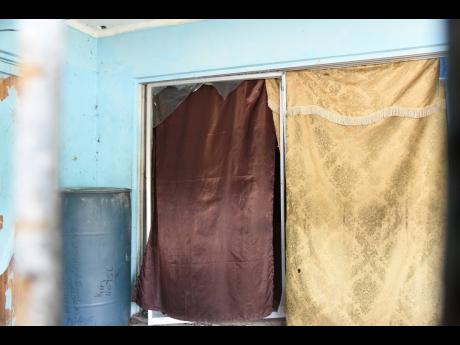 Following two incidents this week, residents of a St Andrew community say they have had enough of a group of gay sex workers who are using a home as a brothel.

On Tuesday, police were also called to assist a man who ran from the house in the nude. He reportedly ran into a nearby house where he stayed until he was taken away by the police.

"Is a little girl mi see a run out of her house and mi ask her why she looked so frighten, and she shouted 'b***y man inna mi house'. The poor child was so frightened and she shouldn't have to see this," a neighbour said.

The man reportedly said that he received a call to make a delivery at the house and was robbed and beaten. But one of the sex workers said this is not true.

"A regular ting fi him come here come look off di 'girl' dem, but none a we nuh want him because we a nuh lesbian. We only talk to the manly man dem whe have voice and ting. No one never waah rob him or even look fi him way," he said.

The following day, a man who reportedly went to purchase sex at the house, said he had to beg for his life after he was ganged and chopped at the premises.

But the worker said the man was roughed up because he refused to pay for the services.

"Him come do business and when him fi pay di 'girl', him nuh waah dweet. Him start fly up on har so a fight start. Nuh cutlass no chop him. A him draw the 'lass and two other person join in to defend the girl, and when him see say a three against one, him run tru di glass door and cut himself," the occupant claimed.

When THE WEEKEND STAR visited the area on Wednesday, broken bottles, a smashed glass door, and blood were visible. Neighbours say the men have become a nuisance to their quiet area.

"We have been doing everything in our powers to get rid of them. We sign all petition to have them leave the area but their volume increase more. We tried to tell them to tone it down but they are very violent and send us all type of threats," a resident said. But the worker said the neighbours are the ones terrorising them.

"Everyone know that this is a b***y house. A business we do here so because a COVID time. We nah trouble a soul, but the neighbours dem a take set on we like a we make dem nah live nuh life. If we play music dem call police," he said.