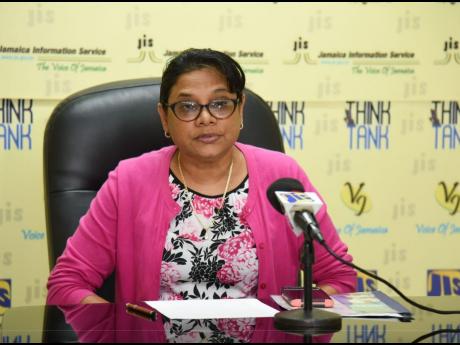 CARMEL, Ind. (AP) — A bishop suspended a suburban Indianapolis Catholic priest from public ministry on Wednesday for comparing the Black Lives Matter movement and its organizers to “maggots and parasites” in a recent church bulletin.

Bishop Timothy Doherty, of the Diocese of Lafayette-in-Indiana, took the action against the Rev. Theodore Rothrock, of St. Elizabeth Seton Catholic Church in Carmel, for comments that the pastor wrote Sunday in the weekly bulletin.

“The only lives that matter are their own and the only power they seek is their own,” Rothrock wrote. “They are wolves in wolves clothing, masked thieves and bandits, seeking only to devour the life of the poor and profit from the fear of others. They are maggots and parasites at best, feeding off the isolation of addiction and broken families, and offering to replace any current frustration and anxiety with more misery and greater resentment.”

The diocese expressed “pastoral concern for the affected communities” in a statement posted on its website.

“The suspension offers the Bishop an opportunity for pastoral discernment for the good of the diocese and for the good of Father Rothrock. Various possibilities for his public continuation in priestly ministry are being considered, but he will no longer be assigned as Pastor of Our Lady of Mt. Carmel. Deacon Bill Reid will serve as Administrator of St. Elizabeth Seton,” the statement said.

Rothrock had been due to take over as pastor of Our Lady of Mt. Carmel next month.

Rothrock issued an apology Tuesday night in a message sent to parishioners and later posted on the church’s website, The Indianapolis Star reported.

“It was not my intention to offend anyone, and I am sorry that my words have caused any hurt to anyone,” Rothrock wrote.

The church must condemn bigotry, which is “a part of the fabric of our society,” he wrote.

Doherty said Tuesday that Rothrock should issue a clarification of the bulletin comments.

The newly formed Carmel Against Racial Injustice group sought Rothrock’s removal from leadership. The group has said it planned to demonstrate Sunday on the sidewalk surrounding the church. It wasn’t clear Wednesday whether Rothrock’s suspension changed that. The group didn’t immediately reply to a message left Wednesday seeking comment about the suspension.