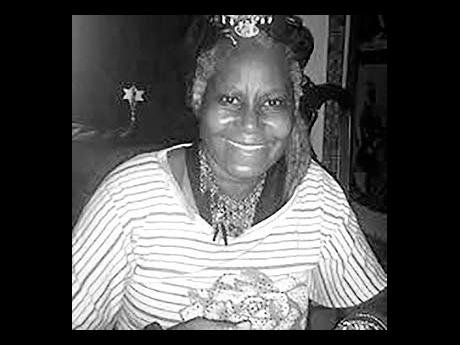 A reward of J$1 million is now on the table for anyone who has information that can lead to the whereabouts of Jean 'Sister Jean' Watt, the 'wife' of reggae legend Bunny Wailer.

Watt, 70, who is dreadlocked and about five feet, three inches tall, went missing from her home in Washington Gardens one month ago, and despite several 'sightings' in areas of St Catherine and Portland, she has still not been found.

"We increased the reward from $250,000 to $1 million, and we have also hired a private investigator," Bunny Wailer's son, Abijah, told THE STAR.

Maxine Stowe, Bunny Wailer's manager, explained that the $250,000 reward had brought in several tips but no success.

In the weeks following Watt's disappearance, there were reports that she had been seen in St Catherine and Portland, specifically Port Antonio and Buff Bay.

"We are following up every sighting. Flyers have been printed, and checking in with the police stations and the various hospitals is a daily routine. At least three cars are driving around every day," Stowe outlined.

She disclosed that the personnel at the Duhaney Park Police Station, where the initial report was made, are very active in following up any substantive leads and that many grass-roots communities are very involved because of the publicity that is being given to finding Bunny Wailer's partner of 50 years.

White Horses in St Thomas, where Watts' mother lived, Spanish Town, Portmore, and Trench Town are also being targeted in the search.

A surveillance tape that shows Watt leaving home on Saturday, May 23, has revealed that she was wearing a brown dress with a black stocking cap on her head.

"Sister Jean was walking very briskly, almost like a little run at times, and she also had her usual big bag with her," Stowe told THE STAR.

She added that the family is keeping a watchful eye on Bunny Wailer, whose health is also of paramount concern following a mild stroke two years ago.

"Jah B (Wailer's nickname) continues to be medically sequestered, so although he is very worried, the medication he is receiving ensures that the added stress is not taking a toll on his body. Of course, the fact that Sister Jean has dementia is our greatest worry because she no longer has that ability to recall all she needs to in order to find her own way back home," Stowe said.

The family, she stated, remains hopeful and is anticipating a breakthrough soon.